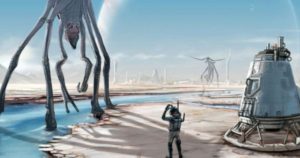 Has NASA found evidence of life in space? A major press conference will tell all?

Some of the world’s leading experts on life beyond earth are set to gather for a Major NASA press conference on Wednesday.
NASA have said that an important announcement on planets outside our solar system will be made during the highly anticipated press conference.
With NASA and many other space agencies around the globe in the biggest space race since the moon landings, the scheduled announcement comes as no surprise. What they actually announce is another matter entirely. 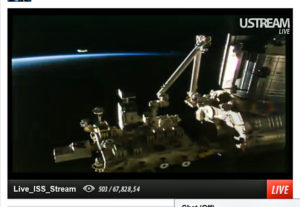 NASA have in past times been caught trying to censor suspected UFOs captured on the cameras of the International space station live feed.

The censoring has had limited effect, except to highlight the censoring they are doing. What they have in store for us on Wednesday is mind boggling.
If NASA were to officially announce the existence of aliens,  many believe it would most likely rock the very foundations of religion and other beliefs.
However, there are Christian and Muslim scholars who would say their holy book covers the notion of aliens, and that their faith remains unshaken.

However,  some believe it may cause a lot of shocks and civil unrest in the world. NASA are likely to follow the drip, drip form of disclosure, so mankind can gradually acclimatise to the idea we are not alone. Nasa is more likely to admit to finding non-intelligent life on a close by exo-planet.
Such admission will probably be based on the recently discovered Proxima-b planet in the Proxima Centauri galaxy, only 4 lite years away.
Alternatively, it may be based on some other similar Exoplanet that can support life given its location in the goldilocks zone.

With the current rate telescope technology is improving, we can already see life moving around on nearby Exoplanets if we want.
The $8.8 billion JWST features 18 hexagonal mirror segments that will work together to form one 21-foot-wide (6.5 meters) mirror — larger than any other mirror that’s ever flown in space, NASA officials said.
(For comparison, the agency’s iconic Hubble Space Telescope sports an 8-foot, or 2.4 m, primary mirror.)

This kind of telescope is man’s best hope of finding alien life without leaving Earth ourselves.
The technology is already in existence, leading to the conclusion that they have used this technology to discover what they are about to tell us.

Most interesting is the fact that NASA has permitted open questions from the press, including interactive questions. It makes one wonder if they are just ready to reveal a lot more than we may think.
Spread the news
Related Posts: