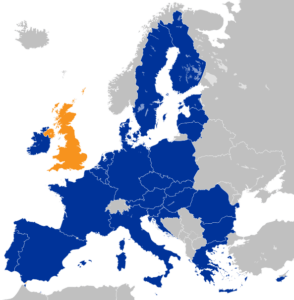 Racism may be colour blind if Brexit was racist.

Ever since the controversial referendum that controversially chucked Britain out of the EU, the rhetoric in many quarters was that most of those who voted out were racist.

You won’t find any voter of Brexit to concur with this label, instead many will insist other considerations informed their decision to vote to leave the forty year organisation of the European Union.
Some members of the eye of media.com have been transparent about their own vote to depart from the longstanding EU, putting them at odds with others who were adamant that staying in the EU was the best way forward. A lively debate actually took place between a number of members of the team one May afternoon about the merits and demerits of staying in the EU or exiting it altogether.
Eventually, the votes were cast, and those who wanted to leave won a clear but marginal victory. Ever since then, charges of racism have been levied against those who opted for Britain to break away from the EU. Explicit charges of racism  against those who voted Brexit were made at protests that too place in Leeds and Birmingham yesterday, hitting a sore topic some believe was irrelevant and inapplicable to the spirit of those who voted to leave the EU, but others insist was right at the heart of the Brexit outcome.  Nevertheless, it raises a separate  question that if Brexit was racist, is racism colour blind? In other words, if some white people are covertly driven by racist sentiments against other white people,  it poses the question as to whether racism is colour blind, and racism against black or Asian people , for instance, is just a shameful expression of prejudice against someone from a different culture. 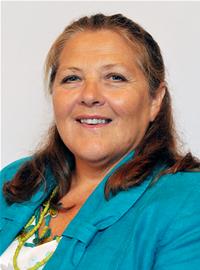 Labour MP, Jane Dowson , who unequivocally attributes the vote to leave the EU to racism believes this to be the case. After speaking to members of the eye of media.com at a Leeds protests on Monday, I reached out to her by phone today to get her perspective on things. She told the  eye of media.com ” I think a lot of people are afraid of a different culture, something, they are not used to. They feel threatened by an uncontrolled  foreign presence of something different, and may feel different or superior to those groups because of privileges they feel they have over them. EU migrants contribute greatly to this country, if you take them out of the equation, Britain will be left with nothing. 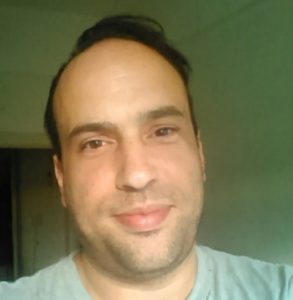 The eye of media.com ‘s  IT expert ,  Vince Godwin, who voted to leave the EU rejects the charge of racism in his own case.  ” I  don’t think racism comes into it for me. I think it is about Britain having autonomy, Britain is already multi-cultural. I see the EU as moving into New World Order. We want to be independent, I think it is human instinct not to want another culture imposed on you in uncontrolled numbers. It’s clearly not about colour, it’s about their ways”.

”We don’t need a new world order, which was what the EU was heading for. We just don’t like a sudden rush of people coming in the country, it feels like an invasion. We don’t have the infrastructure to accommodate too many people.  The feeling is a natural instinct, I don’t think we need the EU to tell us not to be racist”. The more people are allowed in, the more employers can hire them for below the minimum wage just to under cut legal British born people. British people who are racists should use their brains and not behave that way. They should blame the EU, not the people from EU countries”.

Formed in the 70’s, the EU was founded on the principles of social and economic cohesion, political and economic solidarity being the mantra bandied at the time according to historians. The spirit of ‘togetherness’ was the pillar on which this ostensibly grand amalgamation of nation states was established. It was designed to heal the wounds of the past, and progress the countries of Europe from the division that separated them during the second world war.  Four decades down the line, it is being torn apart by division and ill feeling.
The allegation that racism lies at the core of the vote to leave has been prevalent in many quarters, others vehemently dispute this charge, and insisting that they simply want independence from an organisation that judicially strips Britain of its sovereignty and prevents the country from having a final say on who can come in and who can’t come in to Britain. The unrestrained influx of migrants from the EU has  long led to vocal objections against the lack of control or regulation on immigration.
”Britain is only an Island” many have voiced to me on the numerous occasions in the past I have probed the minds of ordinary Brits in the multi-cultural city of London where I was born and spent my formative years. Yet, against this cry for urgent immigration control is the reality that migrants contribute immeasurably to the economic fabric of Britain in a manner that has sustained the country thus far.
Notwithstanding, avid Brexitiers want the British people to contribute to the countries economic growth. Freedom of movement-integral to the founding principles of the EU is something they want eradicated as quickly as possible. Advocates of this stance reflect the view of ordinary people who espouse this outlook and erroneously or otherwise believe their ability to get jobs is heavily compromised by the free access to Britain by EU nationals. However, when people say that undercutting
Spread the news