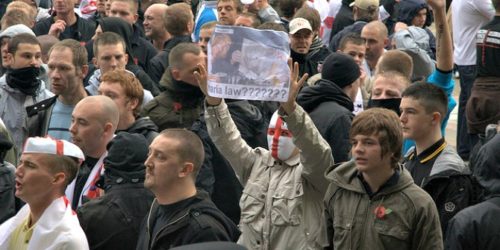 Members of the public must go out to expose Amy terrorist suspects they know. Individuals who speak or incite hatred should be exposed before they go ahead to kill.

After the embarassing shambles that led to a terrorist reported to the police and security services , we can’t take any more chances. No longer can we live our fate as a nation to the police and intelligence service if we have first hand knowledge of a potential terrorist.

A potential terrorist is anybody who actively praises , promotes, or justify terrorist acts , and is a Muslim. We can all be active in playing detective and making life hell for those who don’t care about the lives of innocent people.

If suspected terrorists are exposed on social media, there will be alot more eyes watching them. Individuals who did instance identify with the Islamic State group of fanatics should be watched as closely as possible.

The information that has come to light since the London Bridge attack confirms the important role the public have to play . Work colleagues, associates, or family members can pressure a colleague or associate out of work where sufficient evidence of extremist rhetoric or attitudes has been detected.

This article is not a cry for Muslims to be targeted. Only a small minority of Muslims in the UK have veered in the dangerous direction of terrorism . Those minorities are actually a large number , dangerous enough to end lives without a blink of an eye.

Individuals who spit hate and bile maybe one or two steps away from mass murder. Widespread technology now means that mobile phones can record or video people speaking or acting. We must turn detective and root out these animals who are prepared to kill our children, parents, lovers , and don’t care.

When Theresa May said enough is enough, we must back that with total and unrelenting efforts. Efforts that mean we will not tolerate individuals who display disaffection for the British public in ways that appear to support terrorist. More especially from Muslims since we know they always hail from this religion.

We have had enough of being apologists , the public as a whole must fight this deadly cancer in our midst. Those with serious issues against this country should take the next plane back to any coj try of their choice and stay there.