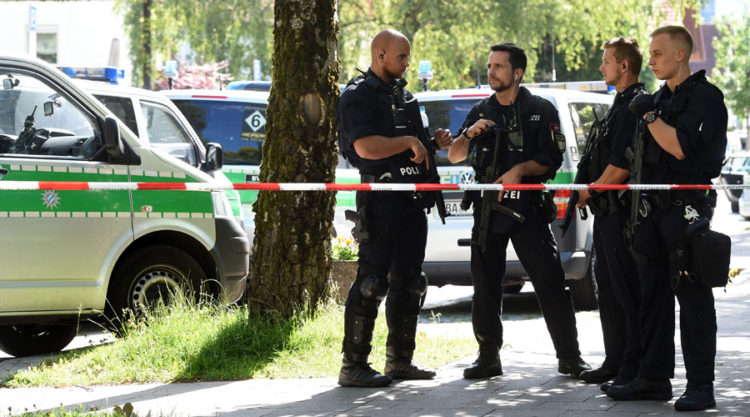 A female police officer has been shot at a train station in Germany. The officer was called to a brawl outside the station when the perpetrator snatched the gun off her and started shooting, injuring her and two others in the process.

German paper, Deutsche Welle , reported that he 37 year old suspect had tried to push the officer unto an approaching train at the train station .

The special commandos force in Germany were immediately called to the scene, with over 10) police officers deployed to the scene why he was subsequently evacuated and cordoned off. an
Helicopters hovered over the area in response to the shocking scene.

It remains a mystery how he managed to take the gun from the officers possession. The officer was conducting an ID check at the time when the incident occured , as reported in German newspaper Bild .
.
Two other members of the public were injured too. The cause of the brawl has not yet been established but the perpetrator of the shooting was injurred in the process, according to German police.

Onlookers gathered in shock as the crazy incident unfolded before them. Big lessons must be learnt from what could have been a fatal incident. The idea of an offender dispossessing an officer of a gun is so unthinkable that it makes mockery of the officer concerned.
.
She must be kicking herself for it. Suddenly, the brawl about which police was initially called now takes a backseat as the more serious gun offence takes priority in the investigation. The incident was tweeted around in Germany this morning .

A German reader then re-tweeted it to another reader who tweeter it to the eye of media.com. The German police have apprehended the attacker and will review how officers with gun exercise more diligence in preventing this kind of situation from occuring again.