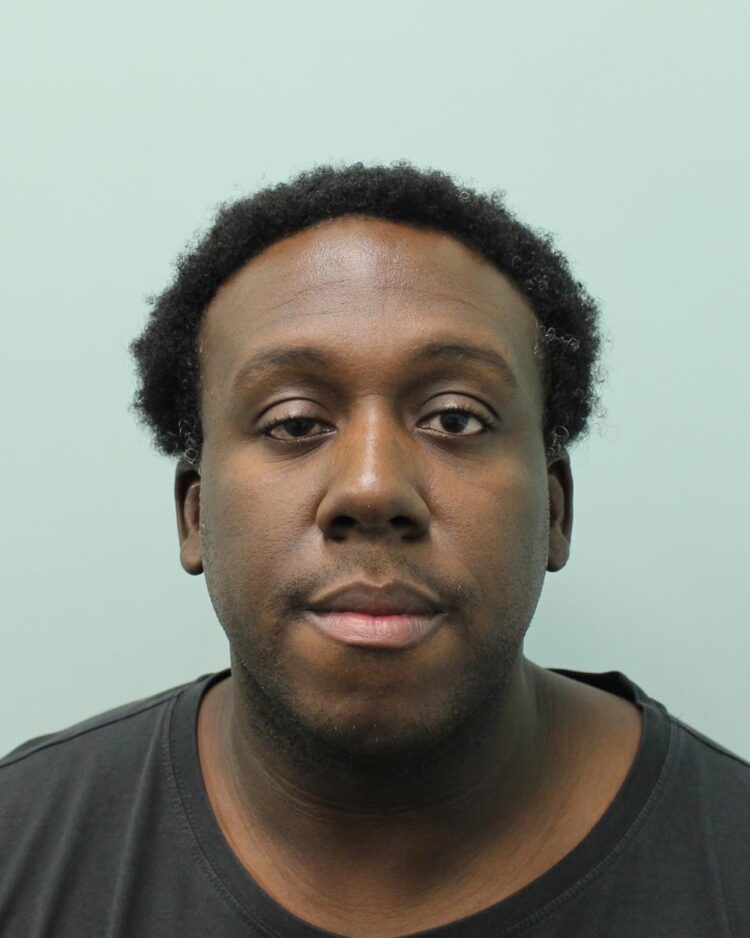 By  James Simons And Emily Caulkett-

A Leytonstone paedophile who stored more than 12,500 indecent images of children has been jailed for  six years and eight months at Snaresbrook Crown Court on Monday.

Gordon(pictured)pleaded guilty in August 2022 to three counts of making and ten counts of taking indecent photographs of children, six counts of voyeurism, possession of extreme pornographic images and possession of a prohibited image of a child.

He will join hundreds of demented paedophiles in prison where he will no longer be able to feed his sick sexual desires.

Dean Gordon, 41,  secretly recorded women and children for his own sexual gratification, and admitted to sexually assaulting a young girl.

Officers from the Online Child Sex Abuse and Exploitation Team (OCSAE) executed a search warrant at Gordon’s home address in August 2021 and found numerous covert camera devices were found, including a water bottle with a hidden camera.

A number of child and adult female victims, who were all known to Gordon, were located who had no idea they had been secretly recorded by him.

Gordon, befriended families with young female children and then covertly recorded the children naked or semi-naked, according to the Met.

Gordon had 12,529 indecent images of children, including more than 2,000 of the most serious Category A images.

In one horrifying incident, the paedo sexually abused a young girl whilst she lay asleep and recorded himself abusing her.

When The Eye Of Media.Com confronted him at his property in Rosewood Court, Victoria Road in Leytonstone before his sentence to inquire whether his sexual obsession for children was the result of sexual abuse in his childhood or sexual rejection n his youth, he threatened to stab us , shouting ‘move from my fxxxx door before you get stabbed.

When told we were conducting research to understand why paedophiles are obsessed with children he shouted ” why don’t you go to jail and look for other fxxxxxx kid lovers to research you f xxxxxx weirdos”.

The strange pervert appears to admit to being a paedophile besides using the terminology to describe himself.

Locals in his neighbourhood were horrified at news he had been convicted for storing sexual images of children, some of whom had been caught up in altercations with him over it.

One of the locals in the area, ”Andrew Simson, 34 said: nobody wants to see paedophiles like him in their neighbourhood. We all know that adults interested in children are sick bxxxxxx. This neighbourhood will make sure he does nit return to this area ever again.

Another local Maureen Peters 28, told this publication: ”paedophiles like Gordon have been sexually deprived since childhood, but also have a loose screw. Whether it is sexual abuse from childhood or a childhood obsession tat never disappeared, all paedophiles are disturbed and no parent wants one living anywhere near them. Thank goodness he is gone, we just pity the next locals who will have to put up with living next to him when he sentence is over. Really, people like him should be put in a mental home and never let out in society ever again”.

Det Con James Cronin of the OCSAE team: “This has been a complex investigation involving specialist officers undertaking countless hours of work to uncover his wrongdoing and locate and assist victims of his abuse.

“The victims, especially the children, have shown incredible bravery by coming forward and sharing their story.

“Anyone who believes they have been a victim of child abuse should contact police on 101 and, as this case demonstrates, we will carry out a thorough investigation and bring perpetrators to justice.”