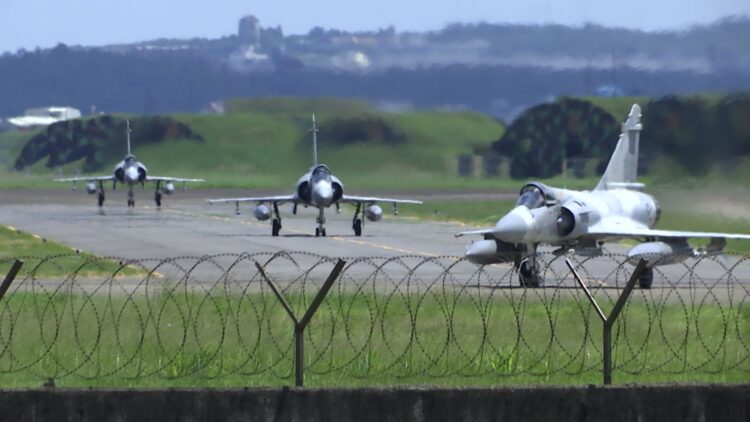 China has suspended regular communication channels with the US military, as well as climate talks between the world’s two largest economies, in retaliation for US House Speaker Nancy Pelosi’s visit to Taiwan earlier this week.

The announcement from China’s foreign ministry on Friday came after the country’s military sent planes and warships to probe Taiwan’s defences for a second day.

The tensions follow the  visit from U.S speaker Nancy Pelosi to Taiwan which sparked uproar from the Chinese authorities, and calls for solutions to ease the unhappiness about the political situation between China and Taiwan and the inadvertent role of the U.S .

Taiwan’s defence ministry said on Friday that multiple groups of Chinese warplanes and warships had been operating in the area of the Taiwan Strait, including on Taiwan’s side of the median line — an unofficial division of the strait drawn by the US decades ago to lower the risk of conflict.

The Chinese foreign ministry said Beijing would also no longer co-operate with Washington on a range of legal issues, including repatriation of illegal immigrants, drug trafficking and other crimes. It added that it was doing so because Pelosi’s visit had proceeded “in disregard of China’s strong opposition and serious representations”.

China’s foreign ministry had said earlier on Friday afternoon that it would impose unspecified sanctions against Pelosi and members of her immediate family.

President Xi Jinping’s administration had initially directed its ire squarely at Taiwan, starting an unprecedented series of military exercises in six zones ringing the island and suspending trade in a range of goods. The exercises commenced a day after Pelosi left Taiwan for South Korea and Japan.

The most serious cross-Strait crisis in almost 60 years has prompted one of Taiwan’s richest men to donate millions of dollars to its security.

“With the Chinese Communist party acting so despotically towards Taiwan, perhaps they think Taiwanese people all fear death and covet money?” he said at a fiery press conference. “But I hope . . . we stand up and fight to defend freedom, democracy and human rights.”

Tsao previously told Taiwanese media that his two sons would return to the country if China invaded. His latest comments were the strongest from the high-profile businessman in Taiwan’s technology hardware sector since the start of the military drills this week.

On the last stop of her five-nation tour, Pelosi met Japanese prime minister Fumio Kishida, who condemned China’s missile launches and called for an immediate end to military drills.

Pelosi said at a press conference that while the Taiwan visit was not intended to change the status quo, it took place against a backdrop of repeated attempts by China to isolate Taiwan from the rest of the world.

Some of the missiles launched by China landed in Japan’s exclusive economic zone.

Chinese official media, meanwhile, sought to drum up support for the exercises following an international backlash. An op-ed in the military mouthpiece PLA Daily said the drills were aimed at “deterrence” after Taiwan and the US colluded to change the status quo across the Taiwan Strait, an echo of Beijing’s insistence that Washington was ultimately responsible for provoking Russia’s invasion of Ukraine in February.

Meng Xiangqing, a professor at the National Defence University in Beijing, claimed that a US aircraft carrier, the USS Ronald Reagan, had been forced to retreat several hundred kilometres after the People’s Liberation Army set up a firing range to the east of Taiwan.

Pelosi’s trip across Asia has also underscored the diplomatic quandary for regional leaders caught in the tensions between the world’s two biggest economies. On Thursday, South Korean president Yoon Suk-yeol declined to meet Pelosi during her visit to Seoul, as his administration comes under increasing Chinese pressure over its commercial and defence ties with the US.

The apparent snub was cheered by Chinese media and netizens. “Pelosi doesn’t appear to be popular in Seoul,” wrote the Chinese state-owned nationalist tabloid Global Times.