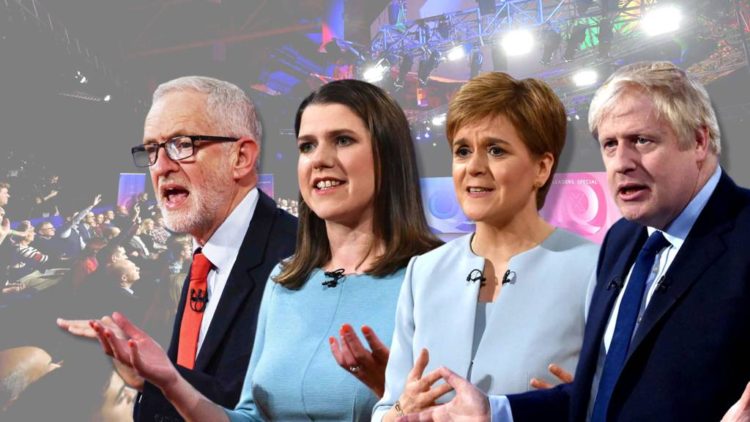 The prime minister was questioned about racism, Brexit, and Russian interference in the Uk elections. As he skirted around the  question on why a report into Russian interference had not been released, the gentleman who asked the question pressed on stubbornly about it until the host put him in his place insisting for others to have a shot at questions.

Mr Johnson said: “There is absolutely no evidence that I know of to show any interference in any British electoral event.”

In relation to the report not yet being released, the PM said: “And the reason I won’t is I see no reason, or if I decided not to ages ago, is because I see no reason to interfere with the normal timetable just because an election is going on.”

”To be fair, there’s a few articles. So there’s the Muslims going around looking like letterboxes, which was last year, you referred to tribal warriors with watermelon smiles and flag-waving pickaninnies and then just to get another demographic in, tank-topped bum boys”

Johnson replied: ”if you go through all my articles with a fine-tooth comb and take out individual phrases there is no doubt that you can find things that can be made to seem offensive and of course I understand that.

Each of the  party leaders was grilled for 30-minutes. Jeremy Corbyn was criticised by Johnson for saying he would remain neutral in a Brexit referendum planned by Labour and not campaign for Leave or Remain.Johnson questioned how Corbyn could remain neural on a matter as important as the EU.

The prime minister went on to say that each of the party’s was trying to frustrate the referendum and by so doing undermining the votes of the British people. When Johnson concluded, he was applauded strongly by the audience.