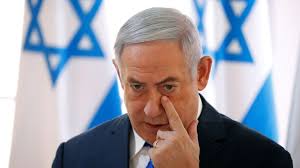 The incredible charge took Israel by storm . Mr Netanyahu is accused of accepting gifts from wealthy businessmen and dispensing favours in pursuit of positive press coverage. The  Israeli prime minister defiantly described the charges as an “attempted coup”, blaming them on a “tainted” process.

Israel’s prime minister went ahead to insist he is not obligated to resign, and won’t resign. In a televised speech, Mr Netanyahu questioned the motives of the authorities . he said they “weren’t after the truth, they were after me”, and called on the country to “investigate the investigators”.

Attorney General Avichai Mandelblit claimed to have made the decision “with a heavy heart”, but said it showed nobody was above the law in Israel.”Law enforcement is not a choice. It is not a matter of right or left. It’s not a matter of politics,” he said. The  offences are believed to be related to two inconclusive general elections in April and September.

On Wednesday, Mr Netanyahu’s  political rival, Benny Gantz, said he had not been able to form a governing coalition with a majority in parliament.