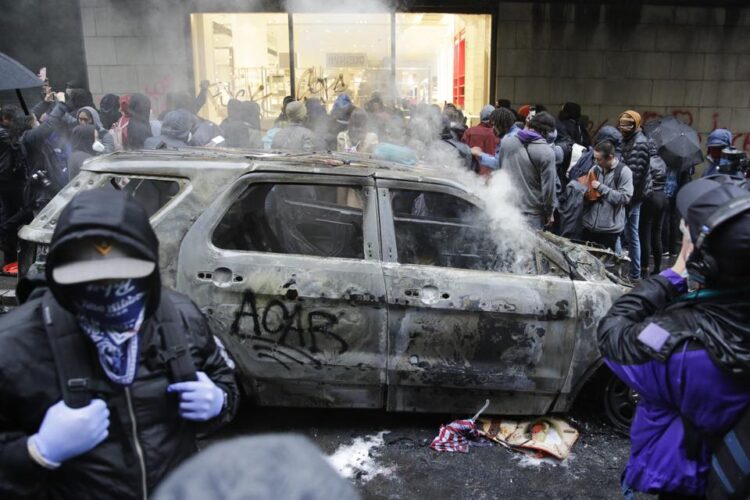 In Seattle, Apple has given cops crucial vital evidence from one of its iCloud users who was arrested for fire bombing cop cars during the George Floyd protests in late May.

The company made itself useful by assisting in the investigation of U.S  police to identify some of the thugs responsible for setting police cars on fire during the George Floyd protests.

Apple has  in the past helped the government get into the physical iPhones of a Saudi national who shot and killed three on a Pensacola, Florida, naval base in December 2019.

Apple’s co-operation in this case proved handy after the FBI, working on a tip off about the identity of a protester who set fire to at least two police patrol vehicles. The alleged arson occurred during a protest against police brutality on May 30 following the killing of George Floyd.

The FBI assessed  the tip against surveillance feeds, news broadcast footage and social media images, eventually obtaining Verizon records for the suspect, Kelly Jackson. The records revealed his location during the protests,  the calls he made, and the fact that he was using an iPhone 7.

The FBI proceeded to a  request about  the suspect’s iCloud information from Apple. Screenshots hosted in Jackson’s photo library were provide by Apple.  The screenshots were revealing . One screenshot was of an Instagram post promoting the protest, dubbed the “The Defiant Walk of Resistance Against Injustice.” Then there was a screenshot from mtlcounterinfo.org with a list of “ingredients” for a Molotov cocktail.

The FBI wrote:  ”Videos from the iCloud account showed a white male’s hands opening a black bag containing a green glass bottle with a gold cap, filled with liquid, the FBI wrote. And another showed a similar glass bottle being thrown into the open driver door of a cop car, setting it on fire. The individual who threw the bomb then celebrated in front of the camera, though their face was not visible, according to the FBI.

The man’s face was visible in an image taken later that day on the same phone. He appeared to be wearing the same sweatshirt as the person shown setting fire to the police vehicle, the agency added. Jackson was arrested last week and charged with unlawful possession of a destructive device and arson 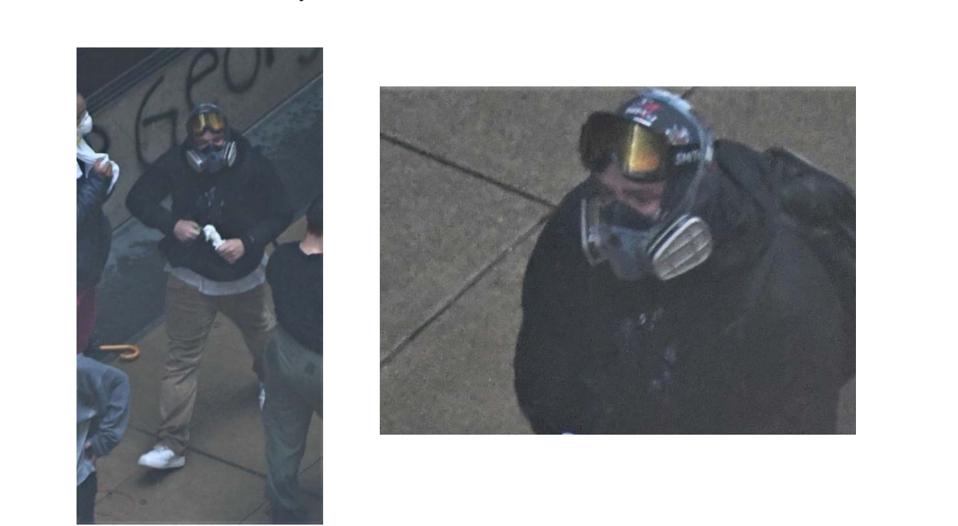 The man  hasn’t yet made a plea and his lawyer had not provided comment at the time of publication. Apple, which hadn’t responded to a request for comment, has been happy to hand over iCloud data on suspects in the vast majority of cases where the U.S. government has made a valid legal request.

In June,  an Etsy review, a LinkedIn profile, a handful of Instagram videos, and a few Google searches, was all it took FBI agents to identify a masked woman accused of setting two police cars on fire during recent protests in Philadelphia. The protests took place on May 30 in response to the police killing of George Floyd.

The Eye Of Media.Com heard that the company’s transparency report for the second half of 2019 reveals it received 4,095 requests on Apple user accounts and returned information for 3,645 of those.