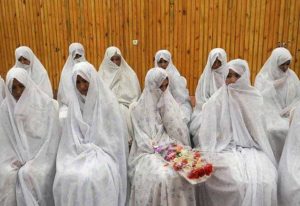 Under 18′ s are to be set free from repatriation loans, the UK government has announced.

Teenagers under 18 often trying to escape forced marriages were previously forced to accept a loan on the condition their passports were confiscated and they were forced to sign a repaint document.
The U- turn came about following the case of a  17 year old Muslim girl  from Pakistan highlighted by the  UK Guardian, who was trying to escape a forced marriage in Islamabad.

The Foreign office at the time promised to review its policy following the Guardian’ a campaign against the practise.

The teenager  who cannot be named for legal reasons was forced to sign an agreement to repay her flight ticket, also and had her passport confiscated under the terms of he agreement. She was issued a bill of £814 for the cost of her repatriation.
Her case is one among several others that have  seen young victims caught up in slavish forced marriages  they have try to escape under desperation.

The Foreign Office  has now agreed to change  its past practices and has announced its intention to finance repatriation trips without any need of getting their money back.
In a statement, the Foreign Office said:
“protecting rights and welfare is a top priority when dealing with cases involving over 18’s.
That is why we have made important changes to financial concerns of British under 18’s if they are vulnerable or find themselves in a vulnerable or difficult position abroad .
Under he changes, emergency loans will no longer be issued to under 18′ s, other options will be pursued instead”.
The news will be celebrated by campaigners and the Guardian Newspaper, who are known for exposing bad practices and campaigning for good courses.
Spread the news