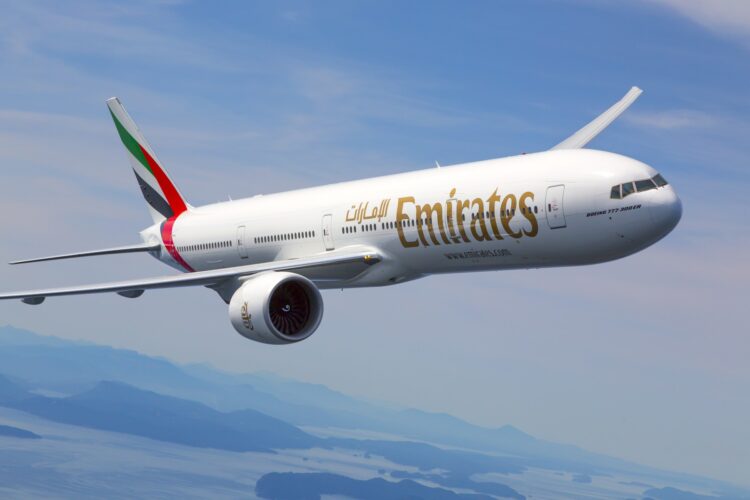 Two  U.S mobile networks have paused the rollout of their 5G service amid concerns over disruption to flights, with many already cancelled or delayed.

The  rollout has sparked major fears in the US, with airlines warning ‘safety systems on aircraft will be deemed unusable’ and the ‘vast majority of the travelling and shipping public will essentially be grounded’.

Emirates, Air India, Japan Airlines and All Nippon Airways announced it would suspend flights after the Airlines for America trade group pressured the Biden administration over “catastrophic disruption” due to the scheduled 19 January rollout.

Air India, meanwhile, announced the suspension of services between Delhi and San Francisco, Chicago and JFK, as well as between Mumbai and Newark.

Wireless telecom giants AT&T and Verizon announced the activation of 5G towers near some US airports would be delayed for two weeks to resolve the differences.

The high-speed 5G internet uses so-called C-band frequencies close to those used by aircraft to measure their altitude, with the Federal Aviation Administration (FAA) warning potential interference could affect sensitive aeroplane instruments such as altimeters and significantly hamper low-visibility operations.

The stronger connection uses radio frequencies in the C-Band spectrum, which fall close to those used by radio altimeters on planes, measuring the height of the aircraft above the ground – particularly vital as the aircraft comes into land.

If 5G signals interfere with these instruments, the problems could be catastrophic, the airlines have said, with an aviation body warning of the potential of ‘multiple fatalities, in the absence of appropriate mitigations’ should these failures occur.

AT&T and Verizon have agreed to postpone the expansion of their 5G service near key airports to allay the worries of airlines. This comes after 10 major firms, including United Airlines and Delta, sent a letter to the Federal Aviation Administration (FAA), flagging a number of concerns about the technology, specifically its impact on Boeing 777 and 787 planes.

President Joe Biden praised the agreement, believing it ‘will avoid potentially devastating disruptions to passenger travel, cargo operations, and our economic recovery, while allowing more than 90% of wireless tower deployment to occur as scheduled’, Reuters reports.

Federal Communications Commission Chair Jessica Rosenworcel also said that the FAA ‘has a process in place to assess altimeter performance in the 5G environment and resolve any remaining concerns. It is essential that the FAA now complete this process with both care and speed’.

While the UK’s Civil Aviation Authority earlier reported ‘there have been no confirmed instances where 5G interference has resulted in aircraft system malfunction or unexpected behaviour’, the US 5G network is around two-and-a-half times more powerful, according to the US, increasing the risk of interference.