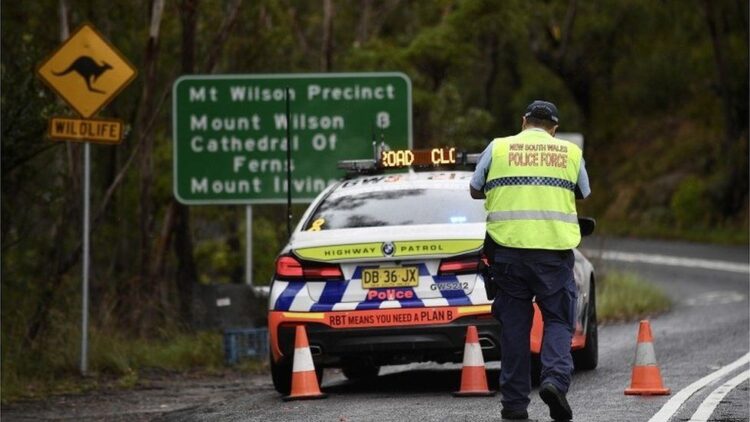 A 31-year-old man has been charged with murder after a body police believe to belong to a nine-year-old girl was found in a barrel.

The man was arrested in Surry Hills, New South Wales on Tuesday, January 18 after the young girl was reported missing on Friday.

The nine-year-old had been on holiday with her family at Wildenstein Private Gardens in Mount Wilson West of Sydney prior to her disappearance, with deputy NSW police commissioner David Hudson saying it had been a tough search for those involved.

The barrel was then taken to the city morgue for further examination.

Hudson added: ‘We’ve had over 200 investigators from state crime command assisting north-west region detectives on the investigative side of this. That has been quite a laborious task in analysing GPS data, analysing CCTV footage and leading us to search the location we searched last night.’

Acting commissioner Karen Webb said: ‘It’s now in the hands of the coroner … the search will remain ongoing to look for any clues to help us identify the cause of the death. I encourage people to come forward with information. There are still many elements of this investigation that we have to work through to determine exactly what happened.’

The 31-year-old has been denied bail and appeared via video link in Sydney’s central local court today, when his lawyer asked magistrate Robert Williams for an order to ‘protect his personal safety.’

Her disappearance sparked a massive search that ended on Tuesday when officers discovered the child’s body near a river in a neighbouring area.

Police said a 31-year-old man had been arrested in a flat in inner Sydney.

He faced a court on Wednesday but did not enter a plea on a murder charge or apply for bail. His next hearing will be in March.

The girl – who cannot be identified for legal reasons – was on holiday with her mother when she disappeared last Thursday. She was reported missing the next morning.

Over the next five days, police officers, firefighters and State Emergency Service volunteers scoured dense terrain in the area for clues.

Meanwhile more than 200 officers conducted an investigation that identified the suspect and “anomalies” in his movements, according to New South Wales Police.

“That has been quite a laborious task in analysing GPS data, analysing CCTV footage and leading us to search the location we searched last night,” Deputy Commissioner David Hudson said on Wednesday.

He said it showed the suspect had purchased a “number of sandbags” from a hardware store, as well as fuel to “try and float” a boat at a dock in inner Sydney.

“That was unsuccessful because the boat was inoperable,” Deputy Commissioner Hudson said.

The suspect allegedly later travelled to the Colo River area – where the barrel was later found. It is not far from where the girl originally went missing.

“Until the post-mortem is conducted, we are still uncertain of what exactly happened to her,” Deputy Commissioner Hudson added.

“What we are sure of is that the accused that we charged with murder was responsible for, firstly, placing her in the barrel, and then disposing of that barrel in the bushland where she was located.”

During Wednesday’s court hearing, the suspect’s lawyer said his client had long-term mental health problems. Prosecutors said there were “complexities” in the case, without elaborating.

Williams claimed his client had been under long-term care for ‘mental health problems’ and that he had for years received prescriptions of a fairly high dose of antipsychotic drugs quetiapine and risperidone.

The deputy commissioner claimed the accused man ‘purchased a number of 20kg sandbags from a hardware store’ before he tried to ‘fuel a boat and then tried to float that boat on the water at one of the docks in inner Sydney’.

The magistrate said he would order Justice Health to assess the man’s mental health needs, but explained his conditions in prison would be the responsibility of Corrective Services NSW.

The mother of the nine-year-old is said to have been in hospital since the search for her daughter began on Friday, though detectives spent extensive time at the Mount Wilson property interviewing the family.

The case is due back in court on March 18.