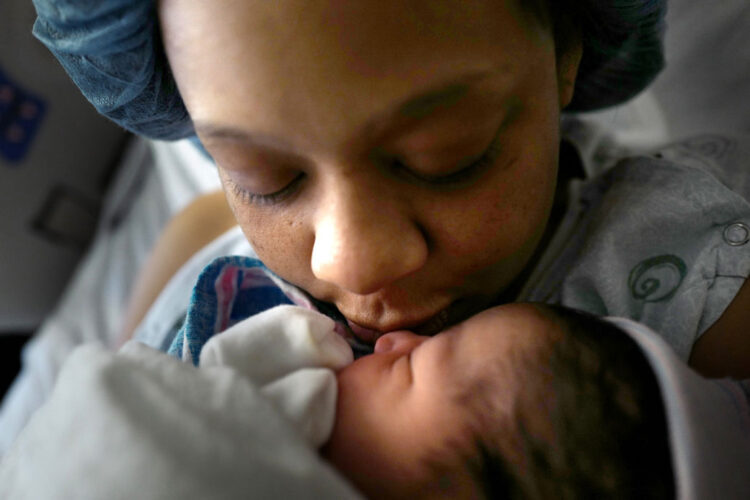 A report  by the Blue Cross Blue Shield Association has found that women in majority Black communities had a 63% higher rate of maternal morbidities than women in white majority communities.

Women in majority Hispanic communities had a 33% higher rate of morbidity than their white counter parts. The rate of severe maternal morbidity increased by 9% for all women between 2018 and 2020. But Hispanic women saw the biggest increase of 19%.

“There is an urgent maternal health crisis in our country,” said Kim Keck, president and CEO of the Blue Cross Blue Shield Association in a statement. “It is unconscionable that women of color face a greater risk of childbirth complications compared to white women. We must confront health disparities across the board to change the trajectory.”

The Centres for Disease Control and Prevention says severe maternal morbidities include unexpected outcomes in labour and delivery that result in short- or long-term health consequences. Severe morbidity has been increasing in recent years, the CDC says, although its most recent data on severe morbidity is from 2014.

The Blue Cross Blue Shield Association report used the CDC’s severe maternal morbidity defined indicators, which include cardiac arrest, sepsis and shock. The report found that women in majority Black and Hispanic communities also have higher rates of these morbidity indicators. And women in majority Black communities were twice as likely to have risk factors, including high blood pressure.

Researchers concluded that centuries of economic and  institutional racism was to blame for highly limited  access to healthcare and affected the level of treatment they receive from the medical establishment.

Some other researchers have pointed to comparatively less discipline n terms of health practises by Black and Hispanic mothers compared with their white counter parts. Levels of stress was also a potential factor in the high rates of maternal deaths among black women.

In April, the CDC released a new report showing that the rate

A different report in April 2019 found that black women in the UK were also more likely to die from maternal complications than white women.