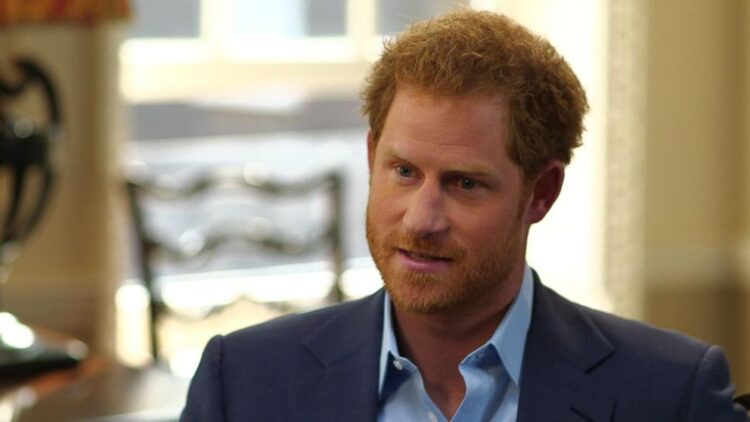 Prince Harry  appeared on Good Morning America to share intimiate details of his life, including how he used drink and drugs to cope with his mother’s death.

The Duke Of Sussex also used the opportunity to launch more attacks at the royal family whom he accused of neglecting him every time he cried for help.

Authour of  Finding Freedom author Omid Scobie announced news of the Prince’s appearance on Twitter, saying: ‘As some of you have already seen, Prince Harry will be joining @GMA …to talk exclusively about #TheMeYouCantSee — the brand new @AppleTV series he executive produced with @Oprah.”

The timing of Prince Harry’s second phase of expected bombshells couldn’t be worse for the royal public, and indeed the British public, who are still coming to terms with the the exposed fiasco at the highest level of organisation in the BBC during the mid 90’s. The damning report from Lord Dyson criticising the BBC’S deceit, has put the BBC in its biggest crises in decades.

Only yesterday, a report revealed how BBC bosses turned the other way, ignoring a fraudulent operation headed by Martin Bashir, to obtain an interview from Princess Diana.

It is not 24 hours since Prince Harry’s brother, Prince William, expressed his sadness about the findings of  an investigation which exposed a cover up at the highest levels of the BBC. The royal family will still be absorbing the pain of that that story, but will be forced to face the harsh reality of one of their genetic members heap further criticism on them.  Prince Harry is on an angry mission to fight his family by exposing anything he can.

Prince Harry today accused the Royal Family  of ‘total silence’ and ‘neglect’ when Meghan was suicidal, claiming his father Prince Charles made him ‘suffer’ as a child and insisting he would not be ‘bullied into silence’ when he alleged ‘The Firm’ ‘trapped’, smeared and abandoned them.

In a series of bombshell  interviews with Oprah Winfrey on his new five-part AppleTV+ show, The Me You Can’t See, the Duke of Sussex said he and his wife felt abandoned by his relatives and this was one of their ‘biggest reasons’ for leaving for California last year.

‘Certainly now I will never be bullied into silence’, adding: ‘I thought my family would help, but every single ask, request, warning, whatever it is, just got met with total silence, total neglect. We spent four years trying to make it work. We did everything that we possibly could to stay there and carry on doing the role and doing the job. But Meghan was struggling.’

He added: ‘That feeling of being trapped within the family, there was no option to leave. Eventually when I made that decision for my family, I was still told, “You can’t do this”, And it’s like, “Well how bad does it have to get until I am allowed to do this?”. She [Meghan] was going to end her life. It shouldn’t have to get to that.’

Harry described how his wife first told him she wanted to kill herself, while six months pregnant with Archie, on the way to the Royal Albert Hall in London in January 2019, and she spoke to him of the ‘practicalities of how she was going to end her life’. Harry said it reminded him of his mother’s final weeks in 1997, saying that it was when he was 13 and watching his mother’s coffin that he first thought: ‘I didn’t want the life’

He said: ‘Meghan decided to share with me the suicidal thoughts and the practicalities of how she was going to end her life’, adding that she later decided against it because she didn’t want Harry to lose ‘another woman in my life’.

The Duke said ‘history was repeating itself’, because Princess Diana was with Dodi Fayed, who was Egyptian by birth, when she died in 1997, saying there was a real fear that he would lose Meghan too. ‘My mother was chased to her death while she was in a relationship with someone who wasn’t white. And now look what’s happened.

he Duke of Sussex has said the trauma of his mother’s death led him to use alcohol and drugs to mask his emotions and to “feel less like I was feeling”.

The Prince Harry was 12 years old when Diana, Princess of Wales, died in August 1997 in a car crash while being pursued by the press in Paris.

In the first three episodes of Apple TV’s The Me You Can’t See, he addressed traumatic memories from his childhood including the moment he was famously photographed with his brother, father, uncle and grandfather walking behind Diana’s coffin at her funeral.

“For me the thing I remember the most was the sound of the horses’ hooves going along the Mall,” the 36-year-old told his series co-host Oprah Winfrey.

“It was like I was outside of my body and just walking along doing what was expected of me. [I was] showing one tenth of the emotion that everybody else was showing: This was my mum – you never even met her.”

He also told Winfrey his family did not speak about Diana’s death but expected him to deal with the resulting press attention and mental distress.

“That doesn’t make sense. Just because you suffered doesn’t mean that your kids have to suffer, in fact quite the opposite – if you suffered, do everything you can to make sure that whatever negative experiences you had, that you can make it right for your kids,” he said.

Harry said his family told him to “play the game” and life would improve.  Harry expressed defiance against those instructions, telling Winfrey: “I’ve got a hell of a lot of my mum in me.”

“The only way to free yourself and break out is to tell the truth.”

The series focuses on mental health, with Harry telling Winfrey the trauma of the loss caused him to suffer anxiety and severe panic attacks from ages 28 to 32. “I was just all over the place mentally,” he said.

“Every time I put a suit on and tie on … having to do the role, and go, ‘right, game face’, look in the mirror and say, ‘let’s go’. Before I even left the house I was pouring with sweat. I was in fight or flight mode.”

He told Winfrey he would drink a week’s worth of alcohol on a Friday or Saturday night “not because I was enjoying it but because I was trying to mask something”.

During the first three episodes of Apple TV’s The Me You Can’t See, he also addressed harassment on social media of him and his wife, Meghan.

“Every single ask, request, warning, whatever it is, to stop just got met with total silence or total neglect,” he told Winfrey, referring to his attempts to get assistance from his family with the attacks levelled at the Sussexes online.

“We spent four years trying to make it work. We did everything that we possibly could to stay there and carry on doing the role and doing the job.”

He did not go to his family when Meghan felt suicidal because he was ashamed the situation had got “that bad” and also suspected the royals would not have been able to help.

“That was one of the biggest reasons to leave, feeling trapped and feeling controlled through fear, both by the media and by the system itself which never encouraged the talking about this kind of trauma,” he said.

Prince Harry’s latest attack on his father will sure attract further criticism against the Duke Of Sussex for speaking out. The content of Prince Harry’s complaints will separately me the subject of analysis and examination from various analysts.