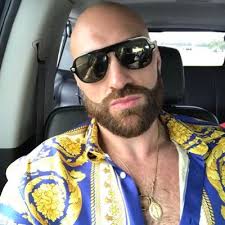 Tyson’s Fury’s mental health must be in top condition for the biggest fight of his life this Saturday . The gypsy king who is unbeaten in 30 fights after coming through a tough fight against Otto Wallin gets his second shot at glory if he can get past hammer hitting Deontey Wilder.

There are concerns in some quarters  that statements made by the heavyweight boxer that he feels suicidal on Sundays should be noted and not taken too lightly. It could be a cry for help which needs attention some have already been whispering.  However, his promoters  have been made aware of the need to ensure the giant Brit’s mental health is in good condition. Promoter Frank Warren and Bob Arum are aware of the importance of looking after his mental well being.

Fury did well after a near 3 year hiatus from the sport when he and Wilder had their first encounter, he said he had beaten his demons of depression then. His recent reference to depression has alarmed some, but Fury is such an enigma who cannot be doubted to have a genuine confidence to be victorious on Saturday night. The unorthodox heavyweight believes he is the division’s best . He says it himself:

”I am 6ft 9 inches and 19 stones, I’ve been hitting hard in the gym”. Fury has abundant self believe, as does Wilder, but the brutal reality of the sport is the reason elite fighters can’t afford anything to go wrong in their preparation. 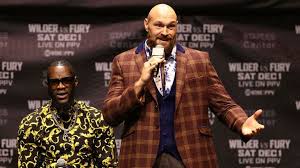 Wilder is very confident himself , meaning a cracking fight looms for boxing fans this weekend. There must be no circumstances for both fighters under which defeat would cause a mental crises. It could show in the fight itself.

Still, it is imperative that both men are psychologically ready for battle and mentally prepared for all possible outcomes as far as their mental well being is concerned. Most important for each is that they give a good account of themselves, victory being the ultimate goal of their desire.

British fans will be rooting for Fury to take the WBC belt from Wilder, He can’t be doubted for ability, but Alabama Wilder is a beast of a puncher.

Fury’s agility combined with his unorthodox fighting style makes the heavyweight  clash intriguing.  The expected size differential of between 2 1/2 and 3 stones makes for  another classic fight, with Wilder’s  dangerous right hand always a potentially decisive factor until the fight is over. If Fury is fit, strong and mobile at the weight, it could be an interesting affair that sees him put it all on the line.

Yet, any shortfall of perfection against a man with an iron fist that needs just one second to wreak harvoc would see Wilder celebrating in a routine victory. Boxing may be the winner after Saturday’s fight with the loser, if there is one, still dignified in defeat.