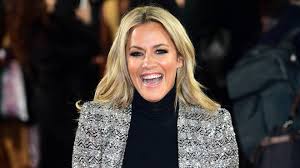 The British press are being accused by campaigners of sensationalising the misfortune of individuals to the point of driving them to commit suicide.

Campaigners pushing for Caroline’s Law want Mps to  make it a criminal offence for the press to bully  a celebrity to the point of taking their life.  The complaint  could lead to an investigation of the alleged complaints,  and the bullying element will have to be proven  through specific examples, some legal experts have anonymously told The Eye Of Media.Com.

Caroline Flack committed suicide after she was told the CPS had decided to prosecute her for assaulting her boyfriend, Lewis Burton. Campaigners say she was subjected to bullying, and this drove her to commit suicide.

The campaign’s creator, Dennis Patton, wants  ‘Caroline’s Law’ to: “make it a criminal offence, not dissimilar to Corporate Manslaughter , for the British Media to knowingly and relentlessly bully a person whether they be in the public eye or not, up to the point that they take their own life.”

The petition names “The Jeremy Kyle Show, and Caroline Flack” as recent cases where the media has “sought to sensationalise the misfortune of individuals…to the catastrophic detriment of the individuals’ mental welfare.”

“Sections of the media were quite happy to drag her life through the wringer purely in order to sell a few more papers and it’s just not right.

“What price is a life? This isn’t the first time this has happened, and I’m concerned that without a new law, it won’t be the last.”  Professional experts have already ruled it out as a likely possibility. A criminal lawyer who refused to be named for this piece told The Eye Of Media.Com:

”The problem with trying to set a law  preventing bullying that leads to suicide is that you first have to prove that the suicide was a direct result of the bullying, and that there were no other factors. Once there are other factors, it becomes very debatable that the factor alleged caused the prohibited outcome . Allegations of bullying will have to be demonstrated. If it is proven, it could lead to tighter regulations for the press. They challenge will be differentiating the right to freedom of expression from ‘bullying’.