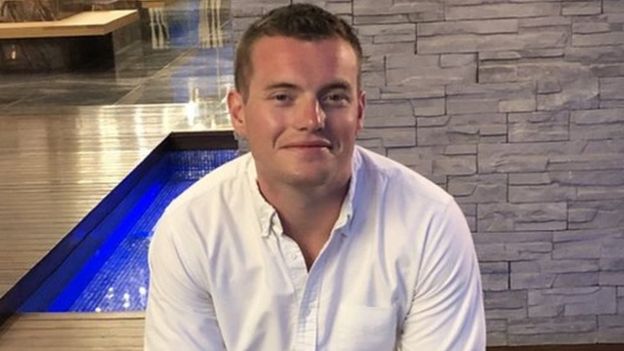 Tributes have been pouring out for intelligent and principled Mr Merritt, described by a  woman he called him her “best mate” in a tribute posted on Twitter as “quite simply the best thing, completely golden”.

Mr. Merrit who had completed a law degree at Manchester University before doing a Masters in Criminology was killed last Friday by an evil Usman Khan in London Bridge whilst he was delivering the University Of Cambridge conference called learning Together”.

The 25 year old  was committed to helping the criminal justice system, and has been described as championing the underdog. His friend said:

“I wanted so much for you. Your life had so much enjoyment in it, and you gave us all so much happiness,” she wrote. The friend, called Holl on Twitter, said she went to the pub and “kept expecting you to turn up, swanky coat, Dr Martens on”. The death of the Law graduate, cruelly taking away by the act of a criminal terrorist in a moment gripped the nation last week, as the mourning of innocent loved ones only begins.

“I need you to be known for who you were, your beliefs and voice. I’m so angry Jack,” she said.

“Your voice won’t be lost, you will never be lost and I will never let you be forgotten.”

She added Mr Merritt was “”could have done anything” but “you chose to help others, you championed the underdog”. Mr. Merrit’s  passion for social and criminal justice has been described as infectious infectious. He was deeply creative and courageously engaged with the world, advocating for a politics of love. He worked tirelessly in dark places to pull towards the light.”

Mr Merritt had also been interviewed by the BBC in February, when he was working with Learning Together at HMP Warren Hill in Suffolk.

Jack Merritt’s family said he was a “friend and colleague” of Ms Jones.

“Our beautiful, talented boy, died doing what he loved, surrounded by people he loved and who loved him,” a statement said.

“He lit up our lives and the lives of his many friends and colleagues, and we will miss him terribly.

“Jack lived his principles; he believed in redemption and rehabilitation, not revenge, and he always took the side of the underdog.

“Jack was an intelligent, thoughtful and empathetic person who was looking forward to building a future with his girlfriend, Leanne, and making a career helping people in the criminal justice system.

“We know Jack would not want this terrible, isolated incident to be used as a pretext by the government for introducing even more draconian sentences on prisoners, or for detaining people in prison for longer than necessary.

“Our thoughts go out to the relatives and friends of his friend and colleague who died with him in this incident, to the colleagues who were injured, and to his brilliant, supportive colleagues at the University of Cambridge Department of Criminology.”