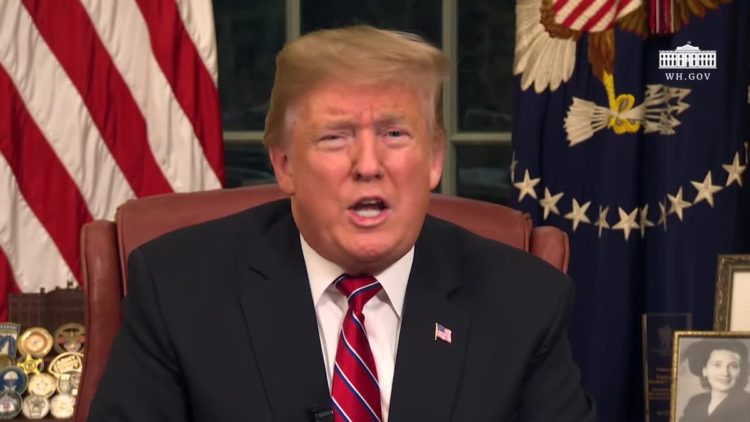 U.S President Donald Trump and his lawyers are insisting they will  not attend an impeachment hearing this week because it lacks “fundamental fairness”, the White House has said.

Presidential counsel Pat Cipollone criticised the “baseless and highly partisan inquiry” which Cippolone said was against common practise and past precedent.

In a letter to Jerrold Nadler, the chairman of the House Judiciary Committee, Mr Cipollone accused him of “no doubt purposely” scheduling the hearing when he knew Mr Trump would be attending a NATO summit in London.

Mr Cipollone wrote: “As you know, this baseless and highly partisan inquiry violates all past historical precedent, basic due process rights, and fundamental fairness.”

He added: “We cannot fairly be expected to participate in a hearing while the witnesses are yet to be named and while it remains unclear whether the Judiciary Committee will afford the president a fair process through additional hearings.”

Mr Nadler has set a second deadline on Friday for Mr Trump to say whether he or his legal team would participate in further proceedings expected next week to examine evidence against him.

“We may consider participating in future Judiciary Committee proceedings if you afford the administration the ability to do so meaningfully,” Mr Cipollone wrote, laying out a list of demands, including allowing Republicans to call additional witnesses.

Democratic aids say the committee are likely to vote on whether to recommend impeachment within the next two weeks, making a vote by the full house on the issue necessary before Christmas. A trial held by the Republican-controlled Senate to decide whether  Trump should be removed from office would then follow.

Critics say the American president has has already committed an impeachable offence by blackmailing the Ukranian government during a telephone call in which he threatened to deny military aid unless they investigated a future political rival.