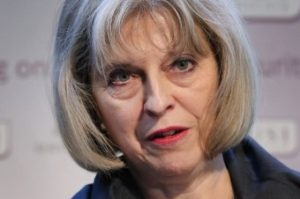 Theresa May launched an early surprise announcement of an election, going back on her initial plans.

The UK prime minister had always said she will not pursue an election until 2020. However, over the easter period during an ordinary promenade in Wales, she decided to change her plans.

It was time to play different cards and Prove a comfortable lead in support from the British public, as she heads into uncharted waters with Brexit plans.

If she can win an early election, it will show her to have the general support of the British public, confirming trust in her leadership . It will also show an overwhelming preference for her to opposition leader, Jeremy Corbyn.

A victorious election now will certainly save her calling one in 2020, when the currently unpredictable landscape with regards to the EU will be clearer.

May wants the public to demonstrate that they have faith in Brexit plans for Britain to take control of its own laws, money, and boarders, and trust that the array of options In relation to trade will be optimally exploited.

In reality, a victorious election for May will mainly prove the country has more confidence in her leadership than they are prepared to invest in Jeremy Corbyn.

It will be risky for the prime minister to ask voters to base their vote for her on whether they support the Brexit program or process.

That will be like having an indirect second referendum, and those have already proved to be unpredictable.

Opinion polls indicate higher support for May over Corbyn, but opinion polls are proven not to always be reliable

Theresa May is taking a risk, but a risk she believes will present her triumphantly to the world. It is a very strategic move, all driven towards establishing support wisely.