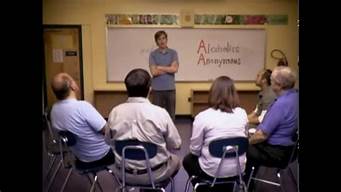 More alcoholics need to reach out for help and detoxification, an expert from alcoholic anonymous has said.

Uk statistics show  that more than 1.4 million people are dependent on alcohol in the UK. 33,000 people die each year due to alcohol-related incidents or associated health problems.

Worse of all, the mental ill effects of chronic alcoholism causes addicts to often act irrationally, experience mood swings, and are generally self centred. The focus of their lives is alcohol, putting everything else behind this debilitating habit.

Alcoholic anonymous  which has between 35,000 and 40,000 members in Great Britain, has seen many inspiring  stories of recovery but representatives of this world wide organisation say many more alcoholics need to join the group.

Alcoholics are in every city, every town of the world, and their degree of captivity vary from one to the other.  Many alcoholics have little else to live for, low prospects, no qualifications, limited real love and support from none alcoholics.

Alcoholism can be sparked by unfortunate life events, bereavement, low self esteem, and sometimes peer pressure. The hard reality is that it can also be inherited, but not even that possibility offers an excuse for those held captive not to attempt to defeat it.

A spokesperson for Alcohol Anonymous told The Eye Of Medi.Com:

Alcohol is a dehydrant,  which dries out lots of  liquid in the body. Detoxification is one of the mechanisms used to get the alcohol out of the system, in order to help addicts use relevant technique”.

Alcohol detoxification or ‘detox’ for alcoholics is an abrupt stop of alcohol drinking coupled with the substitution of drugs, such as benzodiazepines. It has a similar effects to preventing alcohol withdrawal. Individuals who are only at risk of mild to moderate withdrawal symptoms can be detoxified as outpatients.

Detoxification does not complete any process of treatment for alcoholism, it is expected to be supplemented with other  appropriate treatment programs for alcohol dependence or abuse to reduce the risk of relapse.Some symptoms of alcohol withdrawal such as depressed mood and anxiety can take months to weaken, while other symptoms persist longer due to persisting neuroadaptations. There are medications that address depression.

Alcoholism has serious adverse effects on brain function and can take up to a year  of abstinence to recover from the cognitive deficits caused by alcohol abuse.

Group therapy or psychotherapy can be used to deal with underlying psychological issues  related to alcohol addiction, as well as provide relapse prevention skills. The mutual-help group-counselling approach is one of the most common ways of helping alcoholics maintain sobriety.

Alcoholics Anonymous was one of the first organizations formed to provide mutual, nonprofessional counselling, and it is still the largest.

Others include LifeRing Secular Recovery, SMART Recovery, Women for Sobriety, and Secular Organizations for Sobriety. A follow-up study, using the same subjects that were judged to be in remission in 2001–2002, examined the rates of return to problem drinking in 2004–2005. The study found abstinence from alcohol was the most stable form of remission for recovering alcoholics.

A 1973 study revealed chronic alcoholics drinking moderately again, after giving up, but a 1982 follow-up showed that 95% of subjects were not able to moderately drink over the long term. Another study was a long-term  follow-up of two groups of alcoholic men which concluded that “return to controlled drinking rarely persisted for much more than a decade without relapse or evolution into abstinence.”

In America,  there are four approved medications for alcoholism: acamprosate, two methods of using naltrexone and disulfiram.

BRAIN STABILISATION
Acamprosate may stabilise the brain chemistry that is altered due to alcohol dependence via antagonising the actions of glutamate, a neurotransmitter which is hyperactive in the post-withdrawal phase.

Naltrexone, for example  effectively blocks the effects of endorphins and opioids and helps decrease cravings for alcohol and encourage abstinence. Alcohol causes the body to release endorphins, which in turn release dopamine and activate the reward pathways; hence in the body reduces the pleasurable effects from consuming alcohol

Evidence supports a reduced risk of relapse among alcohol-dependent persons and a decrease in excessive drinking. Nalmefene also appears effective and works in a similar manner.

The overall effect is discomfort when several other drugs are also used and many are under investigation.
Benzodiazepines, while useful in the management of acute alcohol withdrawal, if used long-term can cause a worse outcome in alcoholism.

Alcoholics may also require treatment for other psychotropic drug addictions and drug dependences. The most common dual dependence syndrome with alcohol dependence is benzodiazepine dependence, with studies showing 10–20 percent of alcohol-dependent individuals had problems of dependence and/or misuse problems of benzodiazepine drugs such as diazepam or clonazepam. These drugs are, like alcohol, depressants.