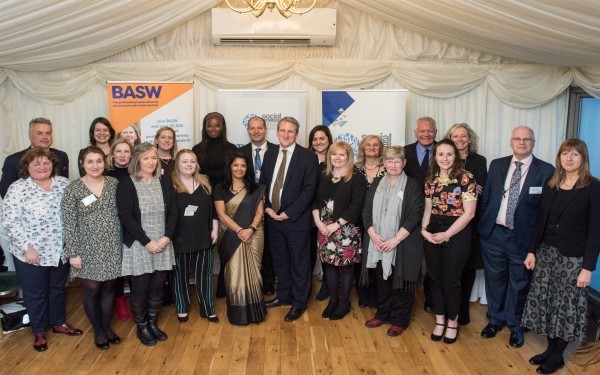 A  high standard shortlist of the social worker of the year award 2019 has been released with 94 practitioners, social work teams and organisations from across England shortlisted this year in 16 categories across children’s and adult services.

The shortlist is said to feature some remarkable social work professionals whose excellent service does not get the public platform deserved -with negative publicity more likely to hang unto the profession between one annual awards and another.

Organisers of this years Social Workers awards told The Eye Of Media.Com that a lot of effort was put into the organising this year’s awards which will feature some outstanding social workers.

Last year, Zoe Williamson from Northumbria Healthcare NHS Foundation Trust won the social worker’s annual award. She was credited for possessing an aptitude for navigating the challenges and complexities of mental health social work that far belies the five years she has worked in the profession. She was described as a professional with exceptional attributes that made her a unique asset in social work.

A spokesperson from The Social Worker Of The Year Awards told The Eye Of Media.Com:

”The shortlist was voted by multiple judges, including the Director Of Services, and several young people whose lives have been changed by social workers. There have been some real life changing stories because of the professionalism of  social workers, and some of these will be told when the awards are given in November”

Social workers provide a  valuable service in society and are not always appreciated for their roles. Many times we hear of social workers in the news, it is usually associated with some disciplinary action in relation to some misconduct often explained because of work overload or some social worker trying to cut corners.

The winners from each category will compete against each other to be named ‘Overall Social Worker of the Year 2019’.
The winners will be revealed at a prestigious awards ceremony in London in November, which is the leading celebration of its kind in the sector and recognises the success of the profession’s most innovative and dedicated social workers, teams and organisations.

Peter Hay CBE, Chair of The Social Work Awards charity which organises the awards, said: “Thank you to the hundreds of people who took the time to nominate in this year’s awards. Once again, the standard of entries has been exceptionally high, showcasing the life-changing work that children’s and adult social workers do every day. I’d like to wish all finalists the very best of luck at the awards, which provide a well-deserved opportunity to celebrate all that is great about social work.”

The Social Work Awards is a registered charity established in 2006 which aims to give recognition to the challenging work of qualified social workers, promote best practice in the profession and improve understanding of the range of work which social workers undertake.