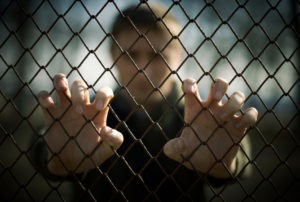 Teenagers accused of murder should be locked up like everybody else.

Unlike adults over the age of 16, 15 year olds are afforded anonymity in all court cases, and are not remanded in jail, even though juvenile prisons exist.

This is a weakness in the law that needs to be addressed. Boys and girls of 15 are fully aware what murder is, and should be treated like every one else.

Murder is a very serious crime, and nobody should be protected from the full force of the law when serious crimes are committed.

The accused teenager did not remotely appear innocent as the indictment against her was read  to the court.  She was silent as her lawyer revealed her not guilty plea.

Charges of murder or any crime for that matter are made by three Cps where  they believe there is a high chance the courts will convict the accused.

Defendants do win cases in court, and the presumption of innocence until proven guilty remains the motor of the law.

However, a person wrongly accused of murder , especially at 15, would normally not be expected to look so unmoved by such a serious allegation against them.

The case was adjourned for a full  3 week hearing this July.