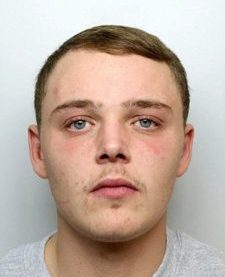 A teenager has been jailed for killing his partner.

18-year-old Morgan Banks was jailed on Friday for wickedly attacking the mother of his five-week-old baby, Sophie Smith.

Banks went into a rage after smoking spice along with cocaine and alcohol in October 2014, because of a false suspicion he had that she was cheating on him, jurors at Leeds Crown Court heard.

The criminal teenager who had been in court more than 30 times for 49 offences since the age of 11, punched, kicked, and stomped on his girlfriend of three years at their flat in Tempest road, Beeston, Leeds.

He was jailed for 17 years for the senseless act of violence. The court heard that Banks had been in care since the age of 10 and that his father was jailed for ten years for attacking his mother. His mother eventually died when he was 14, and the young teenager developed a heartless and deviant mentality.

Banks was a school drop out who was not very bright and also had a history of domestic violence against her, but she was still shortsighted enough to get pregnant for him.

The eye of media.com has several times warned against women staying with violent men because they often end up dead. Those lucky enough to survive continuous onslaughts of violence either suffer low self-esteem and a depreciation of their self-worth or become hardened individuals with mental health issues and a bad attitude.

The trend of destruction and disaster was clear to see all along. Yet, the young woman was able to get with him and stay with him until he killed her. Many women stay with violent partners out if fear or out of habit, but history is filled with examples of disastrous outcomes. Women continue to make the same mistakes over and over again.

Now, their child will develop without a mother or father, running he risk of following he same path.
Although Banks has been given a life sentence, he will be out in his thirties whilst the mother of his child will sadly remain in the mortuary.

Banks really should be locked away and the keys were thrown into the ocean. His actions were heartless and unforgivable, but the judge said he could not be sure he intended to kill her. Our condolences are
with the family of the dead girl.