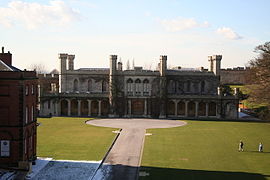 A case review into the killing of an 18-year-old woman has blamed problems she experienced during a transition from children’s to adults’ services, risk assessments, and out-of-area placements.Melissa Mathieson was killed by Jason Conroy in October, 2014, and was was jailed in October 2015. She was kille din a residential home for people suffering with autism spectrum disorder.

19 year old Conroy had a fascination with necrophilia, and once tried to strangle his teacher so that he could  sexually abuse her. Crazy Conroy also tried to kill his mother by putting a duvet cover over her head.

The review said Alexandra House did not refer to a forensic assessment report on the murderer, Conroy, which was completed in October 2013, and shared with them in March 2014, until two days before the attack. Had they referred to the report, they would have known the risk Mathieson’s murderer posed on the community.

This assessment had been commissioned by a residential school where Conroy had previously been placed, after he attacked a member of staff by putting his forearm around her neck and squeezing until she lost consciousness.
The report by a consultant psychiatrist and CAMHS social worker, who assessed Conroy at this school, concluded that he presented a “high risk of future physical and sexually harmful behaviour”.

RISK
The review also added that the State of Guernsey “seems not to have considered” the risk that Conroy presented to the wider community, which was identified in the forensic report.

Guernsey’s adult mental health service stated that “no communications took place” between its commissioners and Bristol, the local authority area where Conroy was placed.

The review recommended that Bristol Safeguarding Adults Board “writes to the Department of Health to advise them of the absence of notification of out of area placements by the placing to the host authority so that the Department can consider what action is necessary”.

ADHD sufferer, Melissa Mathieson, also suffered from autism and died four days after she was attacked by Jason Conroy. Conroy, also18, was attacked in the Alexandra House private home in Bristol in October 2014.

The serious case review, published by Bristol Safeguarding Adults Board, concluded that her death could have been prevented if “better processes had been in place”. It pointed to a “limited risk assessment” of Conroy carried out by Alexandra House which accomodates adults with autism or Asperger’s Syndrome.

Melissa’s parents deemed her placement at Alexandra House by Windsor and Maidenhead council as “inappropriate”. The review said it “seems likely that Melissa might not have required an out of area placement had her needs been met by local services”.

Diagnosed with ADHD at aged 10, then with autism later, Melissa was moved almost 100 miles from her home in Windsor to Alexandra House, as there was nowhere available in her home area.

APPALLING
The review highlighted the appalling way in which Windsor and Maidenhead council had managed Melissa’s transition from children’s to adults’ services. This included the fact she was allocated six social workers over the last two years of her life.

Their were also flaws in her referral to adult services, made only eight months before she turned 18, according to the report. It “lacked detail for someone with such complex needs”, the report stated.

The review also said the management of Conroy’s transition from children’s to adult’s services by the States of Guernsey, his home authority, was “insufficient”. This was in addition to the “considerable distress” she suffered during her placement at the home and had been there for eight weeks, and Conroy for only five weeks, when the attack took place on 12 October 2014.

RISK
The review also added that the States of Guernsey “seems not to have considered” the risk that Conroy presented to the wider community, which was identified in the forensic report.

Guernsey’s adult mental health service stated that “no communications took place” between its commissioners and Bristol, the local authority area where Conroy was placed.

In November 2013, the school had agreed to search for an appropriate adult placement, and it approached Alexandra House in February 2014.

The school also wrote to Alexandra House’s general manager enclosing documents including the forensic assessment report. However, although Alexandra House acknowledged that it had received the report, it did not know when, and it was not “appropriately circulated”.

The review said Alexandra House’s assessment “erroneously linked” the attack in March 2013 to Conroy’s “inability to distinguish between ‘fantasy and reality’.” This resulted in its registered manager forming the view that the attack had occurred because Conroy had “over-stepped boundaries in a role play situation”. However, the review said there was “no suggestion in the forensic assessment report, or from any other account”, that role play was involved in that attack.

Conroy’s placement at the home began on 26 August 2014. On 9 October he “appeared anxious and agitated” when seen on the landing by Melissa’s bedroom where staff were supporting her.

The next day, the forensic assessment report was internally circulated but a consultant psychiatrist contracted by Guernsey to oversee Conroy’s care had not previously seen it. On 12 October, Melissa mentioned to a member of staff that Conroy had been looking at her and said that she was “scared”. That evening, he actually attacked her, and she died four days later.