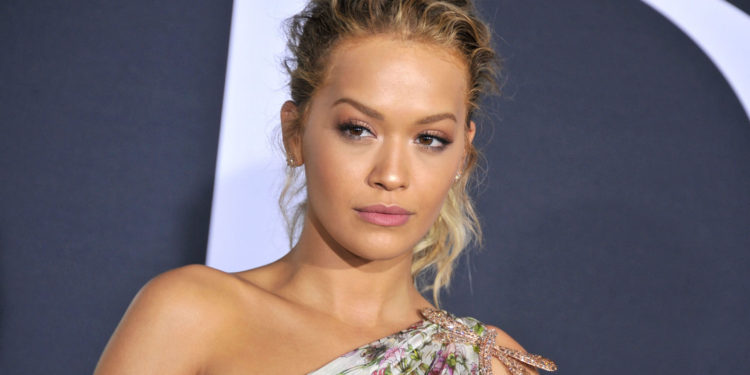 Rita Ora’s lies of love to x factor singer, James Arthur, can not only be seen to have made him a worse person but also as very unprofessional.

An X factor judges’ role is to distinguish the singers who have that extra flair from those who are mediocre and going to bed with them is usually taboo. However, James told The Sun On Sunday that his fling with the beauty judge turned him into a sex addictafter she insensitively dumped him.

The singer admitted contacting girls online and asking straight away for sex. According to the singer hundreds of girls took up his very direct offer for sex with no strings attached. He would invite “one in the day and another at night, then a different one the next morning”.

The pure sex addiction he developed spiralled into a web of depression, he told the Sun. As his self- confidence plummeted after Ora dropped him, Ora clearly left a mark on him which he couldn’t automatically erase, eventually leading him to write an autobiography in which he details his sexual experiences.

“If I’m honest, I became a bit of a slag after Rita. I was chatting to hundreds of women online or on Whats-App after swapping numbers with them via Twitter, and I started to sleep with so many of them I lost count.

“They were usually the same type — Babestation girls or glamour models. If I saw someone I fancied I’d contact her on social media and tell her blatantly I wanted to have sex.

“It was ridiculously easy. There would be no emotional attachment and it would be just pure sex, and with one or two exceptions that was how it was.” He fails to shed light on the exceptions he refers to and why they qualify as exceptions. The former x factor singer also fails to admit or consider that his sex addiction and direct approach to women could be a flaw of his own and a potential lack of appreciation of how men and women are meant to connect on traditional grounds. A perpetual sex addict has moral values that differ to the norm and they can be seen to objectify women in a way that is questionable and contraversial.

James said: “I was so puzzled that someone like Rita was actually interested in me. I told myself this couldn’t be real. Rita’s made a mistake. She must think I’m someone cool. This is so confusing.”

The pair met up while James was on The X Factor tour and ended up in Rita’s tour bus.

“There was a lot of magic there and it was an amazing night. Rita seemed really, really into me, but I still couldn’t quite believe it.

“I wondered if she was a very good actress. I was very stoned that night and my paranoia was sky-high.“Me and Rita met up a few more times after that and had some more amazing nights. ‘I’m in love with you,’ she told me one night. She said it so sincerely I wanted to believe her, though it seemed insane.”

James became devastated when he saw pictures of her in the papers with other men.

He tried to reconnect, but said she “seemed to disappear”. He added: “I was heartbroken. It hit me really hard.”

The singer said: “When I was back in my own reality — in my flat with nobody to share my life — I was so, so lonely. I craved normality and so many times I wanted to tell my sisters and my friends what I really thought: ‘I want so badly to go back to being in my old bedsit’.”

And while most thought things were going well for the young star on The X Factor tour, the reality was very different.

He added: “The X Factor tour was a blur in my memory because I was so stoned and drugged up on all my anti-depressants every time I went on stage”.

How James was allowed to go on x factor under the influence of cannabis is another issue in itself even though producers have no obligations to vet a contestant as being sober. The x factor singer’s admission to having been intoxicated may also reflect his immaturity in assuming his confession is cool, just because of the increasingly tolerant society we live in to cannabis. X factor contestants compete to win and become stars /role models, not promoters of addictive habits and advocates of depressive episodes.

There is nothing to tell us that the x factor singer hadn’t actually taken any cannabis during his fling with Ora. We give the benefit of the doubt that his claim is true, in which case Ms Ora herself must ask herself whether she is being a positive role model or not by contributing to the deterioration of a contestants mental health. More is expected from a woman of Ora’s calibre, who is expected to exhibit reasonably moral high standards if she is to be regarded as any sort of role model.
Spread the news