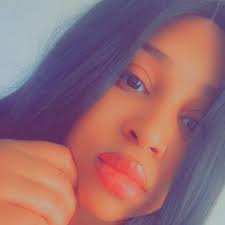 An up and coming social media influencer is getting ready to influence teenagers across the Uk, who have had to grow up without their a loving mother or father in their home.

Tyra Pritchard,  25 who says she felt rejected as a child right up to her teens due to an absentee father and allegedly  uncaring mother, is planning to tour schools in the new semester in September to encourage pupils who have grown without a father to be aware of the psychological disadvantages of the experience, but strive to form good role models and aspire to great heights.

Her former school Cecil Jones , have agreed to talk in October to talk to pupils about handling the downside to inadequate parenting.

Pritchard,  a hit on social media’s snap chat,  revealed on this platform  how her relationship with her mother deteriorated   after her mother swore at her and dropped the phone on her over a phone call about her mother contacting the father of her new born child of 20 months of age. It followed  what she described as a troubling question from her mother about how dark her unborn child would be.

Her story which is characterised by deep resentment with her mother and grandmother- one mutually shared has led to plenty of discussion  among Sierra Leonians who have heard the story. Both Francess Koi and her mother questioned the complexion of their child and grand child’s unborn baby, but have both insisted it was due to the Ghanaian heritage of the father, and the fact they were yet to meet him.

Pritchard has in the mean time ended her relationship with the father of her child , after it emerged he had got somebody else  pregnant. She decided to keep her mother and baby father’s paths separate, this leading to growing anger from her mother , eventually culminating in disagreements between the pair which spiralled so much out of control that the police and the courts have got involved.

Tyra Pritchard has placed an injunction against her mother, Francess Koi, which prohibits her from contacting her daughter, directly or indirectly.

Pritchard says her mother has been much of a pain and source of  a temporary phase of depression that she  felt the need to pursue an injunction. She  insists that her mother will never see her grandchild.

Family friends have tried in vain to salvage the deeply wounded relationship between the beautiful youngster and her family, but the situation appears beyond redemption.

She now says she plans to inspire children who have experienced a background disadvantage that may have dealt them poor cards in life.

On social media, she commands 5.7k followers, just by her sheer presence on snap chat.

In addition to having a booming social media platform,  Ms Pritchard is often bombarded with advances from male interest and has multiple visitors to her social media , mainly men, who regularly make advances to her. Many of those invites include heart felt pleas for her to join them on a date.

”I get all kinds of advances on social media. From famous people to professionals, and sheer perverts.

‘I sometimes get to talk to some of them to see what they are like, you meet good and bad people, but you try and strike a balance in how you relate to different people.

‘In the past, I have accommodated male interest more readily as a psychological void to fill in the gaps of love and attention I was missing from my mum and dad. There are many people experiencing what I did  that I would love to help and provide professional inspiration for. It is important for people to improve on the experiences they had as children.

Many men who grew up without a father figure in their life often follow the influence of their peers, many of whom have similar life experiences, and who usually objectify women. She currently boats 5,000 followers on instagram

For women, they feel they are missing the love of their father, and in many cases seek the same from men they meet, many of whom themselves may be seeking some form of  emotional stability, unbeknown to them.

‘I felt a rejected child  because my mother wanted  me aborted  because I wasn’t planned, and my father wasn’t prepared to step to the plate. So I felt disadvantaged  throughout my teenage years’

”my mother was very strict and critical of me, she told me I was ugly in my growing years, and I believed it, although I blossomed as I grew older. I lacked confidence a lot as a teenager, but that grew as I got older,

It was depressing to know that my father wasn’t there throughout my growing years, but he has been there for me lately. He is the only one I have in my family at the moment’.

”My mother always told me I will be fat if I continued to eat, so at the age of 11, I was an unhappy teenager and generally depressed.  The 25 year old claims to have bene born out of infidelity of her mother says she has come a long way from the ongoing mental set back from that thought process.

Meanwhile her mother , Francess Koi, denied she was cheating when she had her child, and has strenuously denied her daughter’s claim that she maltreated him.

Ms Pritchard wants children who grew up without their father to be confident adults and pursue and ambition. Some of those who knew her in her school days have expressed surprise at her goals, and many doubt she will be a bit to pull it off. She has expressed profound sadness at not being able to tell people she is going to see her mum or be able to celebrate mother’s day like others.

‘I get jealous when I see other people fondly talk about their mother, like on mother’s day, or on their birthday. But with me, it’s just sadness and rejection. I have had to cry a lot in private, and ask whether I was cursed to have a mother like mine. One who hates me. Social services themselves were shocked at the frequency with which she was calling them to come and check on my child. They suggested I have an injunction”.

Her father who now makes time for her turned down an invitation by this publication to explain his mindset in the years of indifference and offer advice to men of today, but has been of great support to Ms Pritchard in the last few years.

My dad has been supportive to me in the past few years but there it is important for men to appreciate the importance of being a part of their child’s life.

She has recently been learning more about cognitive therapy  under the assistance of psychological experts, to enhance her overall insight into anxiety, children under child protection, and the general issues that affect unfortunate children who have grown up in dysfunctional home’.