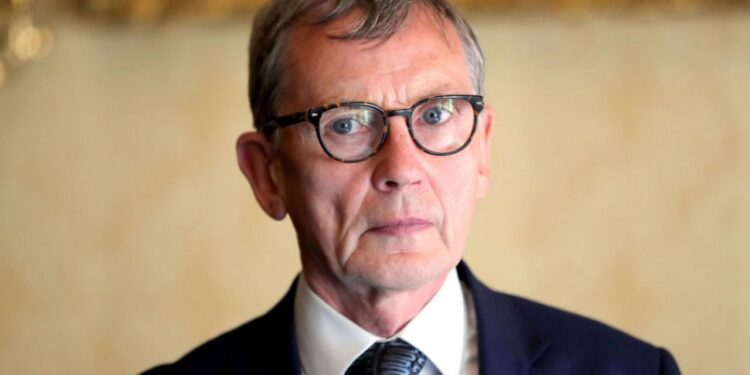 The overall effectiveness of the vaccine in the overall population is uncertain given the fact it has not been trialled on children or pregnant women, a government Sage scientist has said.

Independent Sage member Gabriel Scally(pictured) said that it would be a while before a vaccine would make a difference, and it won’t be the whole solution.

The president of the epidemiology and public health section at the Royal Society of Medicine explained that a lot is unknown about the vaccine which was approved in the Uk yesterday and celebrated by politicians and many members of the public.

Some experts estimate a Covid-19 vaccine will need to be accepted by at least 55% of the population to provide herd immunity while others suggest even higher numbers will be needed.

Speaking at an Independent Sage briefing, he said: “I personally don’t think we should be talking at all about herd immunity.

“For a whole string of reasons, I think herd immunity is not going to be possible for the foreseeable future.

“I think we need to concentrate on the realistic scenario – the vaccine is great, it’s going to make a big difference but it’s not going to be the whole answer.”

He added: “That’s one of the stories of Covid-19 – there is no silver bullet.

“We need all of the tools to reduce the prevalence of the virus that we can possibly deploy and the vaccine is absolutely one of them.”

Surge
Anthony Costello, a professor at University College London, said the data suggests it is inevitable there will be a surge in cases again before the year is over.

He said: “The positivity rate is still above the WHO threshold of 5% where they say you should take very strong measures to bring them down.

“So I think it’s inevitable we’re going to surge again, probably by Christmas and New Year.”

Politicians and analysts have already suggested that the vaccine is a crucial step in the British public getting back to normal life by next spring, but early doubts are already be cast.