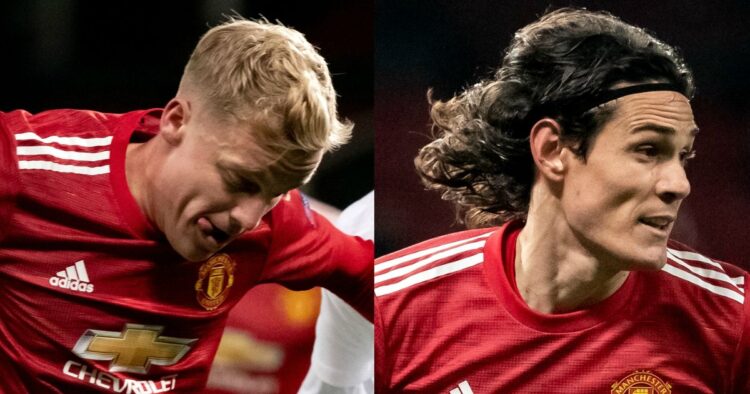 The Manchester United Foundation launched its Christmas campaign at the start of December, encouraging fans to follow staff and players in becoming Santa’s Red Helpers by providing food, gifts and support.

Ole Gunnar Solskjaer’s first-team have impressively pledged £250,000 to help vulnerable youngsters across Great Manchester and beyond during the festive period.

United captain Harry Maguire said: “This is a fantastic campaign that I know the club, the staff and the players are all behind.

The players and I are thrilled to support @mu_foundation’s #SantasRedHelpers Christmas campaign.

I had a great time meeting volunteers, helping them to prepare activity bags and meal hampers.

“The first team came together recently to talk about the campaign and it was very clear straight away that everybody wanted to be involved and to contribute.”

“I’ve been lucky enough to come down today and see all the food hampers and the activity bags being readied and hear how so many people will benefit,” the England defender said.

“I’ll be going back to the lads to tell them about all the hard work that staff members are putting in.

“It’s clear that the young people of Manchester will benefit from this and it’s so important that we look after them.”

Manchester United Foundation operations director Matt Johnson welcomed the first-team’s support for a scheme that he says will “bring some festive cheer to lots of children”.

“Child poverty is on the increase in Greater Manchester and as a Foundation and club we want to ensure that the most vulnerable children get food and presents this Christmas,” he said.

“Having the players so actively supporting the campaign with finances and time is inspiring to everyone and shows the true family values of the club and its people.”