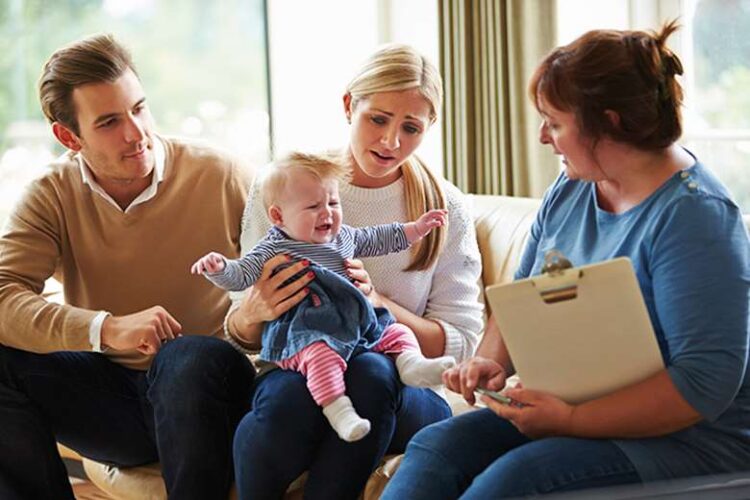 Social workers’ quality of working life continued to face an ongoing decline following the end of Covid lockdown measures in the Uk, despite other frontline professionals reporting improvements, according to a new study.

The wellbeing of social workers has long been a downside of the job, with many social workers frequently citing excess work load as one of the unattractive things about the profession.

And despite the important function of social workers in society, it is still one of the least regarded professions by many lay members of the public, and has suffered much negative publicity over the years. The latest research finding does little to buck the trend.

The extensive study reveals a dampening quality of life for social workers since covid lockdown in 2020.
Social workers reported an increase in burnout related to working with service users, while most other professionals were less burnt out on the measure of assessment than in phase three, which covered May to July 2021, as the country was reopening from the last lockdown..

Researchers found social workers’ quality of working life continued to decline, with scores of 68.92 on average in phase four, compared with 69.92 in phase three, 73.67 in phase two and 80.63 in phase one.

All other professions’ quality of working life recovered from phase three to phase four, apart from midwives, who reported a decline from 64.35 to 63.76, according to the study.

The WRQOL scale asks professionals to say to what extent they agree with a series of work-related statements on career satisfaction, stress at work, general wellbeing, home-work interface, control at work and working conditions.

Social workers’ ‘client-related’ burnout , which was specifically defined as the extent to which they feel “prolonged physical and psychological exhaustion” perceived as being related to work with clients – increased from phase three  to phase four , while dropping in all other professions except midwifery.

The study found that a lower proportion of social workers were suffering from high or severe client-related burnout but more experienced moderate burnout between the phases.

However, a score of 49 or lower is considered low, according to the Copenhagen Burnout Inventory, which was used to assess participants.

Practitioners’ burnout levels were higher for the two other domains – ‘personal’ and ‘work-related’ – but both fell from phase three to four.

“Burnout scores had decreased UK wide, suggesting that overall health and social care workers are under less stress in their jobs, despite several people mentioning burnout among themselves or colleagues in the focus groups and open-ended survey questions,” the study authors said.

“Client-related burnout, however, has continued to rise amongst social worker respondents, suggesting that interactions with service users are more challenging and higher caseloads may be increasing burnout.”

Overall wellbeing among all professions increased on average from phase three to four, the study found, with social workers’ increasing from 19.31 to 19.95. This was measured using the Short Warwick Edinburgh Mental Wellbeing Scale, which asks people how they have felt over the previous two weeks. Scores range from 7 to 35, with 18-20 indicating a possible case of anxiety or depression.

Social workers and midwives’ overall wellbeing also remained lower than they were for phase two (November 2020 to February 2021) of the study, unlike for other professions.

Most respondents to the survey from all professions complained that their services were short-staffed due to Covid-related illnesses and shielding from the virus during a spike in infections in late 2021 and early 2022.

One respondent of the survey in England said they felt an increasing pressure as they had not been able to see and talk to colleagues face-to-face.

“Social work is innately problem solving, but not having a team base and continued uncertainty after so many months uncertainty takes its toll on us all. Morale is hard to keep up.”

Another respondent  in Northern Ireland said the pandemic continued to have a “significant” impact on social work education and the training of new staff due to much of the teaching being done online.

“There are limits to learning from direct work with service users. Many social workers are under so much pressure that they don’t have time for learning and development.”

Another said that “there is a culture within social work of ‘just get on with it’”.

Quite often the stars of the profession who devote so much to its improvements are often unnoticed, though its most committed social workers are annually recognised in many categories during the social worker’s annual awards  in November.

“The survey findings reveal that the health and social care workforce is continuing to struggle with the work changes from the Covid-19 pandemic,” the study authors said. These changes have increased work demands, increased staff burnout and stress, reduced staff morale and job satisfaction.”

“More recognition could help already exhausted workers with greater peer and management support . The changes to working conditions have been additionally frustrating inability with high vacancies and turnover and difficulties recruiting new staff.

“With increased workloads and changing working patterns, managers and human resource professionals have been dealing with the brunt of staff frustrations and backlash, this alongside a lack of recognition and understanding needs addressing as we progress through this next stage of the pandemic.”