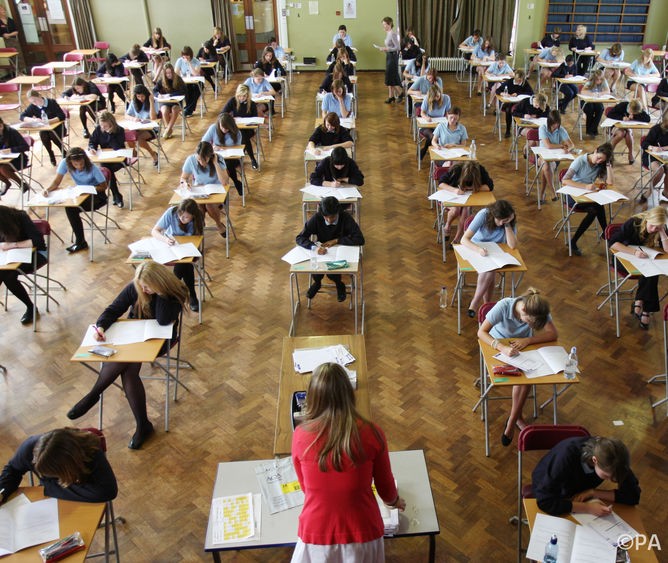 Uk headteachers have seen a rise in exams-related anxiety  in their respective schools since the Covid pandemic, and many are pessimistic about forthcoming exams to be sat under non covid conditions. Many expecting infections among pupils and invigilator shortages to disrupt the tests, a survey suggests.

A poll  by the Association of School and College Leaders (ASCL) found that nearly 80% of schools and colleges had also had more requests than pre-pandemic for pupils to take their exams in separate rooms away from the exam hall because of anxiety and stress.

ASCL school leaders’ union also found the majority of heads had received requests for students to take exams in separate rooms, with three in five fearing Covid disruption will escalate.

The survey, completed by 527 headteachers last week, found that 82.2 % of leaders reported a higher level of stress and anxiety among exam pupils was higher than in pre-pandemic years.

In many cases this resulted in high levels of pupil absence, ASCL said, while other headteachers reported a rise in challenging behaviour and incidents of self-harm.

Stress was found to be highest among A-levels pupils, who have never sat a major exam after Covid led to the cancellation of their GCSEs.

A-level candidates have also reported fewer university offers from the most sought-after institutions – fuelling their anxiety – partly due to a rise in the number of students who deferred places last year following record A-level results, but also because there are more 18-year-olds in the population competing for places.

With covid not completely gone , there are concerns from some leaders fear infections among pupils may cause them to miss exams.

ASCL general secretary Geoff Barton warned that while schools “are doing everything possible” to support pupils’ mental health, but the “government has simply not shown enough urgency in improving mental health support for young people”.

80% of headteachers said they had received more requests than before the pandemic for pupils to sit exams in separate rooms away from the main exam hall.

The union said this was mainly as a result of high levels of stress and anxiety.

Barton added: “This is far from being a return to normal, and we are particularly concerned about the impact on the mental health and wellbeing of young people.

“Stress and anxiety were already problems pre-pandemic. It must surely be possible to slim down the exam system and make it more proportionate and humane.”

Schools are also  struggling to recruit a sufficient number of invigilators as they brace themselves for  the expected levels of panic attacks and also potential cheating in this year’s exams.

Last month, the National Association of Examinations Officers revealed over four in five of 1,000 exam officers surveyed reported a shortage.

While the Joint Council for Qualifications (JCQ) announced that this year schools will be allowed to use fewer exam invigilators to alleviate the anticipated disruption.

Barton said the reintroduction of free Covid testing may reassure staff and invigilators.

Elsewhere 14 per cent of leaders stated the level of Covid infections among pupils was a concern in terms of pupils potentially missing exams.

A further six out of 10 headteachers said they are concerned their Covid levels “will escalate”.

Schools have been told to follow UKHSA guidance which states pupils who test positive for Covid should be encouraged to isolate for three days.

Under JCQ guidance pupils who miss exams are eligible for “special consideration”. But they will only be awarded grades if they have “completed one whole component within the specification”.