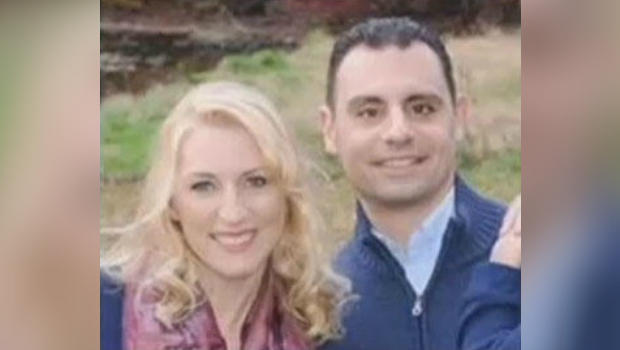 A heartless U.S man from  Connecticut man has finally been convicted  on Tuesday of murder in the 2015 killing of his wife — a case built partly on evidence provided by her Fitbit exercise activity tracker.

A jury in Rockville Superior Court found Richard Dabate guilty of all three charges — murder, tampering with evidence and making a false statement to authorities — on the second day of deliberations following a five-week trial. The murder charge carries up to 60 years in prison.

Court marshals handcuffed Dabate and led him out of the courtroom after Judge Corinne Klatt increased his bond to $5 million. He had been free after posting $1 million bail following his arrest.

Dabate, from Connecticut, was convicted on Tuesday, 10 May, and was was found guilty of all three charges against him – murder, tampering with evidence and making a false statement to authorities.

On 23 December, 2015, the 45-year-old claimed a man broke into their home, tied him up, and then shot and killed his wife Connie Dabate. Dabate said he found the intruder in their second-floor bedroom around 9:05am. It was later discovered that her Fitbit continued to register movement until about 10:05am.

Dabate maintained his innocence and testified that a large masked man who had a voice like actor Vin Diesel and was dressed in camouflage shot his wife, Connie Dabate, and tied him up at the couple’s Ellington home in December 2015.

However, officials later found valuable data on Connie’s Fitbit smart watch which contradicted Dabate’s story. Data stored on the Fitbit showed that Connie was still moving around for an hour after the time her husband said she was shot.

Prosecutor Matthew Gedansky said in his closing argument that Dabate hatched a plan to kill his wife and stage a home invasion, as his life was about to unravel with the birth of a child he was having with another woman.

Dabate allegedly told investigators his wife was unable to have another child, so the couple did some “untraditional things.” He said all three planned to co-parent the child, CBS affiliate WFSB reported.

Dabate’s lawyer, Trent LaLima,  had questioned the reliability of the data from the Fitbit tracker, saying the devices were not designed with the accuracy needed for court testimony.

LaLima also pointed to unknown DNA that was found in the Dabate’s home, including on the gun that killed Connie, and testimony from a house cleaner, who said they may have seen a dark green

“In the end, though, this was another case of domestic violence. And though much progress has been made in recent years to support victims and survivors and to hold abusers accountable, these domestic violence homicides are still happening so we must continue to work together to end domestic violence.”

A jury was picked for the case in early 2020, before state courts shut down because of the coronavirus pandemic. A judge dismissed that jury last August, saying it had been empaneled too long and some jurors had moved out of state, and a new panel was selected beginning in late February.

Wayne Rioux, a spokesperson for Connie’s family said: “The trial was not about Fitbit. The trial was about the cold-blooded, planned murder of Connie Margotta Dabate.

“There will be no closure for the Margotta family, but there is finally justice for Connie.”

Marliese Shaw, the executor of Connie Dabate’s estate, also asked a probate judge to order that Richard Dabate return over $70,000 taken from his wife’s estate after she died.