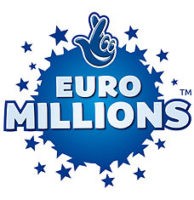 The winner leapfrogs celebrities such as singer Adele (£130m) and boxer Anthony Joshua (£115m) on the Sunday Times Rich List.

Once the ticket has been validated and paid, the ticket-holder will decide whether they want to be identified.

Mr Weir used his fortune to take over his favourite football club, Partick Thistle, with the intention of giving ownership to the fans.

The couple, from North Ayrshire, announced they were divorcing in 2019 after 38 years of marriage, and months later Mr Weir died aged 71.

Frances Connolly, who with husband Patrick won £115m in 2019 – making them now the lottery’s eighth biggest winners – said last month she had given away more than half of her fortune.

The 55-year-old from Hartlepool said helping others “gives you a buzz”, adding: “I’m addicted to it now.”

Camelot’s Andy Carter, senior winners’ adviser at The National Lottery, said: “What an amazing night for one UK ticket-holder who has scooped the incredible £184m EuroMillions jackpot – they have become the UK’s biggest ever National Lottery winner.

“Players are urged to check their tickets and give us a call if they think they are tonight’s lucky winner.”