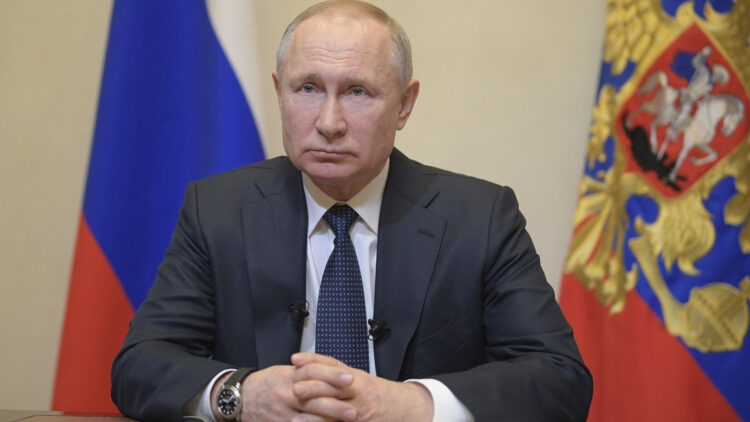 Vladimir Putin has warned Western countries that his country’s nuclear threats are “not a bluff” on Wednesday.

Putin issued the warning after accusing Western countries of resorting to “nuclear blackmail,” despite no NATO countries threatening to use nuclear weapons. The threat comes as Russia’s prospects in Ukraine are grim, with Putin’s military losing thousands of square miles of territory to a Ukrainian counteroffensive.

One of his former advisers, Sergei Markov claimed Joe Biden, Boris Johnson and Liz Truss are “fully responsible or the war in Ukraine” in an extraordinary rant on BBC Radio 4’s Today programme.

It comes after Putin announced on Russian TV that some 300,000 reservists would be called up to join the invasion, which in recent weeks has seen Moscow put on the back foot.

The Russian leader said he is unafraid to retaliate with “lots of weapons”. The president threatened nuclear strikes in response to what he claimed were attacks on his territory.

The Russian dictator also said he had signed a decree stating that Russian reservists will be conscripted into Russia’s military from Wednesday in what is Russia’s first mobilisation since World War Two.

“I shall stress that Russian citizens called up as part of mobilisation will be given all the benefits of those serving under contract”, he said.

Failure to comply with the order during martial law will be punished by imprisonment. Putin said he aimed to “liberate” east Ukraine’s Donbas region and claimed that most people in the regions under Russian control did not want to be ruled by Kyiv.

Speaking on Wednesday morning from his office, he said: “The West has engaged in nuclear blackmail against us. If its territorial integrity is threatened, Russia will use all the means at its disposal to protect our people. This is not a bluff.”

“To those who allow themselves such statements regarding Russia, I want to remind you that our country also has various means of destruction, and for separate components and more modern than those of NATO countries, and when the territorial integrity of our country is threatened, to protect Russia and our people, we will certainly use all the means at our disposal,” Putin said in a Wednesday address.

Fear of a wider mobilization has reportedly caused a mass exodus of young men fleeing Russia since the announcement. Flights from Russia to countries that do not require visas were completely booked Wednesday, according to The Telegraph.

Putin argues conscription is necessary to “protect our homeland, its sovereignty and territorial integrity, to ensure the security of our people and people in the liberated territories.”

Putin’s threats come less than a day before President Biden is scheduled to address the United Nations General Assembly. The White House says Biden will condemn Putin’s “naked aggression” and make the case that Russia has violated the U.N.’s core tenets.

“He’ll offer a firm rebuke of Russia’s unjust war in Ukraine and make a call to the world to continue to stand against the naked aggression that we’ve seen these past several months,” National Security Adviser Jake Sullivan said Tuesday.

“He will underscore the importance of strengthening the United Nations and reaffirm core tenets of its charter at a time when a permanent member of the Security Council has struck at the very heart of the charter by challenging the principle of territorial integrity and sovereignty,” he added.

It is well known that foreign fighters have joined Ukrainian military units.

Claims are being made by Russian officials and media outlets of serving Nato troops on the ground in Ukraine.