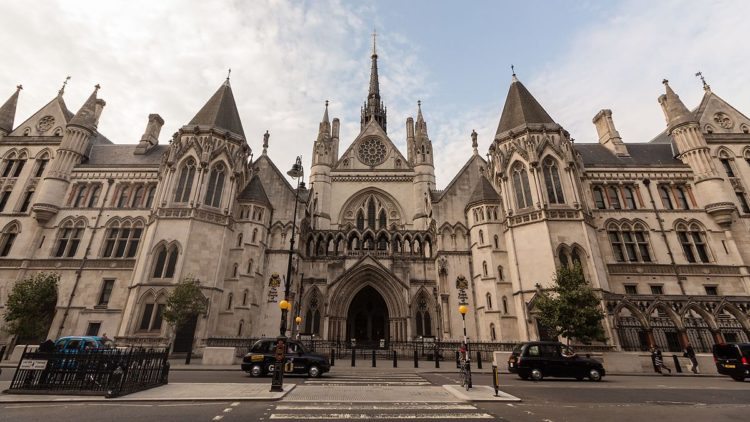 The practise of address disclosures in courts is under scrutiny after ongoing research on the issue.

A select team of researchers are closely examining the practise  with a view to concluding whether members of the public should be afforded the right to decline the right to refuse to give their full addresses in open court.

It follows revelation from limited research that gangs have located people or their family members simply from their address given in court, or the name of the road published in the media. The practise in the media is done to positively identify individuals tried or convicted in court.

It is intended to prevent the kind of confusion that can arise with others who may share the same full name as a defendant or convict. However, critics of the practise of both the courts and the media is riddled with patent flaws and that the concern of confusion lacks currency in the context of viable alternatives.

Chris Williamson from Eastwood, Essex and Sheila Mckenzie, a business woman and researcher from Warwick Avenue, North West London , are currently leading the research which is in the process of being merged with outstanding researchers from Liverpool’s John Moore University, where other topics for research have also been proposed for a joint venture.

Wider research will involve gathering views from the police, prosecutors, and courts themselves, which will be thoroughly scrutinised by a a group of very bright minds, carefully exhausting all the relevant issues at hand.

Some respondents to our survey claim that revenge sometimes occur in prisons or, scarily, to innocent family members of those against whom a strong grudge is held. Youths in East and West London claim many have exploited the loophole with serious consequences, and that it never arises in court how an individual was located.

Claims that  street gangs have on numerous occasions used this potential loophole in court proceedings to further tensions in highly charged and emotive cases where the thirst for revenge is ultra high is troubling. It could mean a practise in the court is  perpetuating fatal outcomes, even if inadvertently.

The inquiry into the practise began  in 2017 on a relatively small scale, then was extended from London between October 2018 and  August 2019, then  to Birmingham and Liverpool, in small doses across each area. Gang members or affiliates were spoken to, as well as several members of the public, including sober thinking professionals.

Out of 450 people currently surveyed, 326 said it was a bad idea for the public to know where  a defendant lives. Those who felt t was alright based their reasoning on the level of the crime committed, restricting their approval to those convicted of a serious crime.

If after careful and comprehensive assessment and research, the practise is found wanting, it could mount pressure on the justice system to alter its practise or face the shame of presiding over a potentially dangerous practise.

The Ministry Of Justice told The Eye Of Media.Com today that it was ”standard practise” that won’t change. However, the Ministry said provision for lawyers to make special applications to the court for restrictions already exists.

Notwithstanding any continuity of practise, it would leave a bad odour if the practise cannot be impeccably defended when properly examined.  People could potentially opt to decline to verbally announce their address once aware of its inherent dangers.  The media customarily publish the name of the street defendants and convicts live for the purposes of positive identification.

Some respondents to our survey claim that revenge sometimes occur in prisons or, scarily, to innocent family members of those against whom a strong grudge is held. Youths in East and West London claim many have exploited the loophole of readily available addresses in court cases, culminating in some murders.

A teenage youth from Barking made interesting reference to the fact there are numerous ways to find someone’s address. ”Nobody will ever connect someone being traced from the road they live on which was read in court, even n a murder case. All they look at is what happened and what evidence they have”, said Luke Anderton, 31, from Epping.

This may  conveniently conceal the potential danger that arises from common judicial practises revealing where people reside. Tina Simpleton from Ealing Broadway said:

”Defendants and witnesses only have to read out their name and date of birth for confirm their identity, but their addresses can be on the court’s record without being read out”.

One  former gang member of 28 years old who goes by the nick  name of Skido, told The Eye Of Media.Com:

” the fact people’s addresses are read out in court is a blatant weakness in the system. It just confirms how imperfect the system is. You think certain bad man who know the road a rival who killed their family or raped their sister lives, wouldn’t go after their family or go after the guy if he bust the case(slang for acquitted) Many will and many have.

Sharon Williams, a social worker from  Soutwark Council sad :” The practise can only be defended if the custom of a public gallery is removed completely from the court system, allowing only the legal parties to a court hearing in court during a case. It will also require the media to be barred from publishing the name of the street people live.

Without those amendments, the practise will be eternally flawed”, she said. Wider research that will include surveys with the police, wider media, prosecutors, and lawyers are to be conducted for a for a more comprehensive feel of professional opinion when the issue is discussed and defenders of the practise are scrutinised about the practise.

Whilst the practise remains legal, there will be nothing stopping the press from publicising the name of the road where defendants or convicts reside or resided.