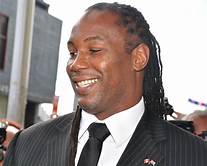 Lewis, 53, said AJ’s comments are a reaction to criticism he has levied against AJ for not actively pursuing a unification showdown with Wilder last year before he was roundly beaten by Mexican Ruiz in a fight Lewis s convinced AJ was not adequately prepared for.

Britain’s last prolific world heavyweight champion, who beat then renowned Evader Holyfield to win the world championship belts in November 1999, before pummelling Mike Tyson in a one sided beating in Memphis in 2002 blamed Eddie Hearns for stirring up hostilities between the himself and Joshua.

In an interview with Sky Sports, Joshua also said he had ‘no respect’ for Lewis and that the two were ‘cut from a different cloth. 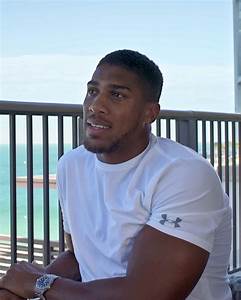 Speaking on AJ: The Untold Truth, Joshua held nothing back in expressing his anger with Lennox Lewis. He said:

“Lennox is a clown. I don’t respect Lennox,” said the 29-year-old. Lewis had said:

“I can’t look at that fight and agree that AJ was fully prepared for what Ruiz brought to table,” Lewis tweeted in the aftermath of Ruiz Jr’s unexpected victory.Joshua said of Lewis:

“Me and Lennox are not the same,” the Watford-born fighter added. “My legacy is to sit back and enjoy the younger generation coming up, and not to be involved. Just to appreciate what it takes to get there.

Joshua has not taking nicely to those criticisms and has come out fighting. However, Joshua will have to save any anger and fight in him for December when he will have the chance to avenge that embarrassing loss to Ruiz.

Lewis was known for his stiff long jab, and his ability to dig deep and go into the trenches when the situation demanded it.