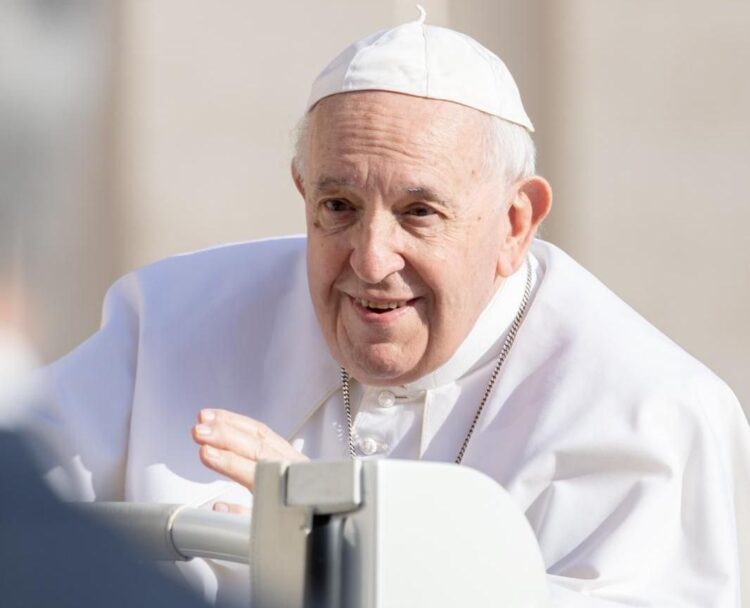 Pope Francis said on Friday that it was ‘morally acceptable’ to supply weapons to Ukraine to enable it to defend itself against Russian aggression.

The surprise comments by the Pope came as he was speaking with reporters aboard a plane as he returned from a three-day visit to Kazakhstan. The Pope also urged Ukraine to be open to dialogue.

“This is a political decision which it can be moral, morally acceptable, if it is done under conditions of morality,” Francis said.

He cited principles of ‘Just war’, which allow for the proportional use of deadly weapons for self defense against an aggressor nation.

Distinguishing between the morality or immorality of supplying weapons to another country, Pope Francis said:

“It can be immoral if the intention is provoking more war, or to sell arms or dump arms that (a country) no longer needs. The motivation is what in large part qualifies the morality of this action,” he said.

His view was in stark contrast with an opinion he gave in May, when he questions the morality of the West supplying weapons to Ukraine.

The Pope at the time urged all Church leaders to continue opposing the war in Ukraine as a threat to world peace, expressing doubts about the legitimacy of Western arms supplies to Ukraine, and suggesting a degree of shared Nato responsibility for hostilities.

In an interview with Italy’s Corriere della Sera, he suggested Nato might have been provocative by “barking at Russia’s door”, in what appeared to be a criticism of the involvement of the West in the war.

Francis opined that despite the horrors of other wars, the Ukraine conflict was different. “This war, cruel and senseless like every war, has a greater dimension and threatens the entire world, and cannot but question the conscience of every Christian and every Church,” he said. “We must ask ourselves: what have Churches done, and what can they do?”

In his address in Moscow’s Red Square President Vladimir Putin ahead of Russi’s celebration day, he claimed that Russia was responding to Nato threats when it launched its invasion of Ukraine on 24 February.

“Last December we proposed signing a treaty on security guarantees … All in vain. Nato countries did not want to heed us, which means they had totally different plans. And we saw it … Russia launched a pre-emptive strike at the aggression.”

Russia invaded Ukraine on February 24. Western nations including the US have rushed millions of dollars of worth of weaponry to Ukraine. After suffering setbacks after setbacks in first six months of the war, Ukraine has recently been able recapture substantial area in the country’s eastern parts.