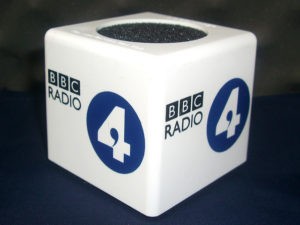 The regulator said it had received 12 complaints about the broadcast,  which went out on the Queen’s 90th birthday.

The jokes which referred to the Queen having sex, were adjudged to be mocking and demeaning, they were also said to be ”intrusive” and ”derogatory”.Ofcom said what made the comments more offensive was the fact the were broadcast on the Queen’s birthday.

BBC Radio 4 eventually dropped the show ”don’t make me laugh” from their shows. The reason was said to be unrelated to the storm over the complaints, but it most probably is in fact the reason it was dropped.  It would be an honourable decision, in which BBC Radio 4 takes responsibility for any failings or shortcomings on their part or a member of their team.
The ruling against BBC Radio 4, sets a sharp tone of criticism against the well watched show , for bad judgement  and bad taste. Admission by the BBC that it broke its own editorial rules now raises a whole range of questions about  the extent to which broadcasters and various organisations stick to the rules they know they should be adhering to.
The boundaries for jokes and flippant remarks against her Majesty the Queen has been a long abandoned practise in public and media circles. Disappointing as much as it is, it highlights the depths of exploration without limits that commedy seeks to fulfil its quest for maximum entertainment.
There is undoubtedly an audience for that type of comical display  which ridicules even the highest authority in the Monarch. The problem here becomes the lack of respect and erosion of moral standards that flows from any unrestricted practise of comedy that fails to abide by prescribed codes of conduct. There has to be standards, especially when broadcasting to the entire country.
Ofcom however ruled against over 472 complaints against an episode in Coronation Street in which one of the actors said she had more roots than Kunta Kunte.  Kunta Kunte-  which features an American family telling the story of a man sold as a slave from Gambia is a moving and touchy film . The favourable ruling to Coronation Street, did not give reasons for its positive ruling. It may still owe complainants a proper explanation, though it assumed that the context in which the comments were made were well intended. Without explanation, much is left up in the air.
As for BBC Radio 4, they will recognise where they went wrong, and make the necessary adjustments. Those adjustments may have been made when the show was scrapped shortly after.
Spread the news
1
1
Share