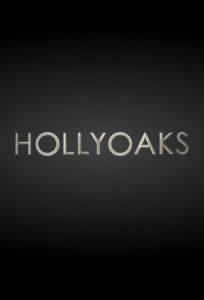 TV scoop coming your way, later in the week a whole load of juice is going to unload onto your TV screens.

Ellie’s “Rape Story” continues as her one night standee has a plan to get her off his back after his relationship finally ignites with the blonde loveable, Hollie.Ste has more drama to come but is desperately trying to sort his custody battle with Amy outside of the courts, the stress may be too much for him. He finds himself contacting his drug dealer later on in the week. Will he give into temptation?

Fiery Lisa Loveday tells Cleo she cheated on Nathan Nightingale but doesn’t say who with. Will Cleo let the cat out of the bag?

Ellie breaks the news to the tart with a heart, Mercedes McQueen this week that the children she adopted with the late Joe Roscoe are going to South Africa to live with their GrandMother. The last Will and Testament of Joe was fraudulently changed by bunny boiler Joanne out of spite but it seems to be Working in full force.

Bad boy Warren Fox seems to have turned a new leaf after his return to the village this year but how long will it last? After falling in love with Sienna he finds himself in more than a nightmare this week. His
rescue of Sienna  from a burning maze on Halloween, instead of her daughter Nico, has enraged his missus, who  is more than adamant that he must pay for killing her baby girl.

After being handed a Bible by Myra McQueen the stern actress has befriended Warrens long lost son Joel. Joel, A strong member of the Church and Sienna (Anna, as he knows her) are now talking on a regular basis. She has confided in him that she’s about to commit a sin and wants to make her spouse pay, but using an alias, Joel is none the wiser, YET!

Warren follows his girlfriend on Thursdays episode after finding texts from a “J” but before he spots his own son, Sienna catches him spying and steers him away in time.  As Warren etches closer and closer to Sienna’s plan it’s only a matter of time before its exposed. Little doe he know it’s worse than an affair.