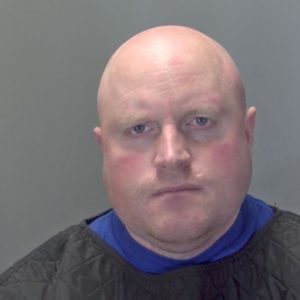 weird man Ozzie Welsh posted bombs through the door of a village GP practice and has been jailed for 5 years.

39 year old Ozzie Welsh was obsessed with home-made devices before he planted two of them at the village surgery in Boughton, near Downham Market.

On Monday, Welsh from Feltwell was sentenced at the Old Bailey after pleading guilty to possessing explosives. Welsh’s obsession with explosives was beyond normal, and all it took was for something to tip him over the edge for him to proceed with his devious plans.

The surgery drama began when a member of staff at the surgery raised the alarm when she arrived at work one morning and discovered two canisters, ball bearings and streams of paper.

The defendant who frequented the practice arrived at the scene around mid-morning that day was behaving erratically and was eventually arrested later that day. His doctor said Welsh had been angry and agitated . Judge Lucraft, who jailed Welsh, said Welsh had “stewed” over his meeting with the doctor and planted the devices at some point later to “terrify” staff.. Police also uncovered a “bomb maker’s booklet” and a stash of chemicals when they searched his home.
Welsh confessed to the manufacturing of three explosive devices and taking them to the surgery, but said he did not believe the explosion would endanger life or cause serious damage. He just wanted to scare them.
Police also found a diary which contained the entry: “I have a fixation and a fascination with explosives. I have the power over them, I’m their god, I decide.”
Welsh admitted making the devices months before, with some others, and been spoken to by police about setting off explosions in his garden in the past.

A psychiatric report found Ozzie Welsh had problems controlling his anger, but he did not have mental health problems.

Judge Lucraft said: “This was an extremely serious offence.
“For however long you had these devices, you were placing yourself and others at risk.
“Fortunately, no physical harm was caused to any other person. You need to address the anger issues.”
Welsh, who was cautioned in 2011 for criminal damage to his family home, showed no emotion as he was led from the dock to start his sentence.

In his first police interview, Welsh denied the offence, only to subsequently request to see police again in a second interview in which he provided a written statement admitted posting the devices through the surgery door stating he had done this because of the disagreement about his medication which made him angry. It is very questionable whether indeed this man does not have mental health problems.
After the hearing Det Chief Inspector Marie James, from the Norfolk and Suffolk major investigation team, said: “The devices recovered from the surgery were later tested by specialists and found to be viable improvised explosives.
“In police interview Welsh admitted to having a fascination with explosives and the power this afforded him but didn’t want to harm anyone. While fortunately no one was injured during this incident, an explosives expert who examined the materials was of the opinion these could have caused serious injury.”