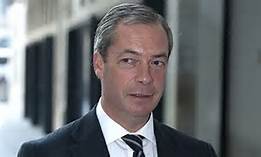 Nigel Farage is not needed in order to build a good a relationship with Donald Trump.

Theresa May dismissed suggestions for Nigel Farage to act as a mediator between the U.K government and Donald Trump

Downing Street has dismissed suggestions that Ukip leader Nigel Farage can the “third person” in the relationship between US President-elect Donald Trump and Prime Minister Theresa May.

She stated that the Prime Minister has already had a phone conversation with Mr Trump, in which he invited her to visit Washington at the earliest opportunity and voiced his hopes of striking up a relationship similar to that between Ronald Reagan and Margaret Thatcher.

“The president-elect talked about enjoying the same relationship Reagan and Thatcher did,” said the spokeswoman. “I don’t remember there being any third person in that relationship.”

The reference of rudeness was in relation to the fact Theresa May was critical of President elect Trump when he first voiced his plans to ban Muslims from America were divisive.Theresa May should not change her view, and does not need to restate them. Ms May was interviewed for her views, and she gave those views.She is allowed a view as an individual, let alone as a prime minister.

May felt the plans of Trump to ban Muslims divisive That should not be a problem, and is something mature adults should be able to take care of.

Nigel Farage Will Not Be Third Person In Special Relationship

If Nigel Farage wants to be in the government, he may need to use his political will and skills to try and work his way in there. At the moment, Nigel Farage is just a political figre, though we could say he is a powerful political figure.

All the criticism being levied against Theresa May for not using Farage are nonesense. She should not need to, she is the U.K prime minister, and is capable of working out her own proceedures. She has a team, and must be allowed to work with her team. This is an obvious logical perspective which must operate on the logical process of the political process.

Nigel Frage made headlines last week when he became the first politician to visit Mr.Trump in Newyork. However, this is no embarassment to Theresa May because Nigel Farage already struck a relationship with Trump during the president elect’s campaign.

After pulling off the political coup of becoming the first British politician to meet Mr Trump since his election win, Mr Farage hinted that ministers were sounding him out about dealing with the president-elect.
Today, when asked about Mr Trump’s victory, Mr Johnson said: “I think there is a lot to be positive about and it is very important not to prejudge the president-elect or his administration.

“It’s only a few days since the election has taken place. I think we all need to wait and see what they come up with. But I think we should regard it as a moment for opportunity.