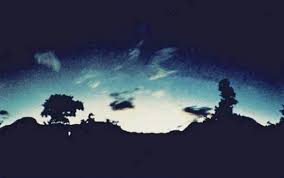 Extra- terrestrials may have caused the New Zealand earthquake, you tube channel, secure team 10 is probing.

you tube channel, known for its regular UFO footage and analysis, featured a footage of shining lights seen in the skies before and during the New Zealand earth -quake.

A photographer filmed a set of lights shining in the skies in Wellington, New Zealand

The lights are said to have happened during the peak of the earth quakes, throughout the time of the yesterday’s earth- quake in New Zealand in which 2 people died and several fled their homes. The Filmer said  the lights were constant, leading him to make a strange correlation between the lights and the devastating earth-quake that rocked  New Zealand.

Tyler from secure team said scientists have confirmed that the phenomenon of these ‘earth-quake lights’ have been confirmed by scientists are real, but there is no consensus for their cause or purpose. Tyler asked whether the lights were ”extra-terrestrial” or ”supernatural”, acknowledging that these strange lights have been observed before in past times.

Earth- quakes can be caused by triggered by tectonic activity associated with plate margins or faults. When blocks of rocks or two plates rub against each other, they stick a little and push against each other.They spark a sudden release of energy that cause a seismic wave that makes the ground to shake.

Extra-terrestrials have become a bit of a fascinating topic for ufologists and UFO fans, with the increasingly common view these days that there is intelligent life out there, and the human society is not alone. If this is taken as a given, the next stage of the reasoning process becomes more worrying or complex.

If extra- terrestrials or UFOs exist, we are tasked with the inevitable duty of establishing their operations and the potential consequences.  The idea that extra -terrestrial lights or life can cause earthquakes is both surreal and almost incomprehensible. The fact that earth-quakes already have a scientific explanation connected to rocks or volcanic explosions, at best means that any involvement of extraterrestrials in causing earthquakes must be linked to the extra-terrestrials stimulating the natural causes

The only probable connection that could be made between extra- terrestrial activity and earth-quakes is the suggestion that the extra-terrestrial forces can influence the natural causes of an earth-quake by stimulating the elements that can ordinary bring about earth-quakes.

Earthquake Lights May Be Spectators

Another more probable explanation is that the extra-terrestrial lights turned up to acknowledge the enormity of the earth -quake, since it is quite possible that extra-terrestrials or ufos also like to spectate when huge and impactful events take place. Where extra-terrestrials turn up before a natural disaster, this may be suggestive of their ability to foresee the disaster especially where these extra-terrestrials are unrestricted by the  same rules of time that govern our own dimension.

Ufo researchers have revealed documented incidences in which ufo’s have appeared over air crash scenes, where rescuers in helicopters arrive to locate the bodies of the deceased. Extra-terrestrial ufo’s have also appeared over calamitous scenes of tsunamis, a ufo also appeared  over the doomed Egyptian flight over Turkey, an hour before the plane disappeared and killed all members on board.

You Can Watch The Full Video Bellow