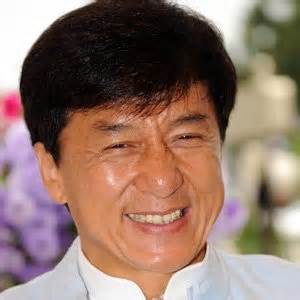 The Chinese actor and martial arts star at long last received an honorary Oscar for his decades of work in film.

Jackie Chan had longed for an oscar for 23 years, ever since he saw one at Sylvester Stallone’s house, and recalls watching the ceremony with his parents and his father. His parents always asked him why he didn’t have Hollywood’s top accolade,given the many movies he has made.

“After 56 years in the film industry, making more than 200 films, after so many bones, finally,” the 62-year-old actor, said at the star-studded gala dinner while holding his Oscar.

Introduced by his “Rush Hour” co-star Chris Tucker, actress Michelle Yeoh, and Tom Hanks, Chan praised his home town Hong Kong for making him ”proud to be Chinese”, and went on to express gratitude to his fans, whom he said are the reason he has continued to make movies, jumping through windows, kicking and punching, breaking my bones”.

Jackie Chan’s award was overdue, simply because of his long contribution to the film industry, and his brilliant set of skills and talent the brought to the industry. Chan is a martial artist, actor and film director. Jackie Chan is known for his acrobatic fighting style, innovative stunts, and improvised used of weapons. Jackie Chan has previously received awards on the stars in the Hunk Kong Avenue of stars, and is a Hollywood wall of fame cultural Icon.

Hanks said it was especially gratifying to be able to acknowledge Chan’s work because martial arts and action comedy films were two genres often overlooked during awards season. Why genres worthy of note had been overlooked was not mentioned, though this is something the industry must strive to avoid in future.

Following much protest in the wake of the #oscarsOWhite controversy, Hollywood bosses honoured filmmaking luminaries for their lifetime contributions to the art form .The ceremony at the Ray Dolby Ballroom in the Hollywood & Highland Center brought together many of the industry’s biggest actors and filmmakers  vying for a spot of recognition in this year’s Oscar race.

“Tonight is an opportunity to remind us of what we love about movies — not just the fact that they can entertain and enlighten us but how, in certain times, they can connect us, change us and unify us,” academy President Cheryl Boone Isaacs told the crowd in her introductory remarks.

The Governors Awards of 2015 which honored Spike Lee, Debbie Reynolds and Gena Rowlands, was dogged with wide criticism of the lack of diversity in the industry but this time, Boone Isaacs said progress has since been made in terms of diversifying the ranks of the academy and launching initiatives aimed at bringing more inclusion to the industry. The honouring of legendary stunt actor, Jackie Chang may have been a move in that direction.

“We’re not at the mountaintop yet, but we can see the peak up ahead,” she said. “Imagine the difference it will make when we open our industry to reflect the complete mosaic and diversity of our world and the movements and conversations it can trigger.”

These were refreshing words that showed a willingness to appreciate everyone worth appreciating, without having any worthy recipients of awards to honour their contributions to film ignored.

” 88 year old Stalmaster was introduced by actor Jeff Bridges as the mastercaster, and he became the first person ever to win an Oscar for casting in recognition of his work on classic films such as “West Side Story,” “The Graduate,” “Harold and Maude” and “Tootsie.”

“I treasure the ongoing relationships I’ve had with so many actors: Jeff Bridges, Bruce Dern, Andy Garcia, Martin Landau, John Travolta and Christopher Reeve, who I loved as a human being as well as his talent,” Stalmaster said, his voice breaking with emotion. “So many gifted individuals have touched my life.”

Stalmaster,88, a kingmaker who secured career-defining roles for actors such as Jeff Bridges, Andy Garcia, Christopher Reeve and John Travolta, broke records by being the first casting director to receive this Oscar.

Other oscar winners included 90-year-old Coates, who won the film editing Oscar for 1962’s “Lawrence of Arabia” and has edited more than 50 films, said she shared her honorary Oscar “with all the unsung heroes” of film-making.

British Coates won an Oscar for her work on David Lean’s 1962 epic “Lawrence of Arabia” and was nominated for four other films including “The Elephant Man” and “Out of Sight.” Accepting her award, she told the crowd that, at age 90, she felt blessed to have had such a fulfilling career.

“Can you imagine a job where you’re actually paid to look into the eyes of George Clooney, Peter O’Toole, Richard Burton, Peter Finch, Sean Connery, Albert Finney, Clint Eastwood, Richard Gere, Daniel Craig, Arnold Schwarzenegger and Mr. ‘Five Shades of Grey’ himself, Jamie Dornan?” she interestingly said, as she ran a list of famous names in the film industry with whom she had been honoured to work .

However, Jackie Chang was the real star of these latest oscar awards for his many brilliant films over more than 2 decades.