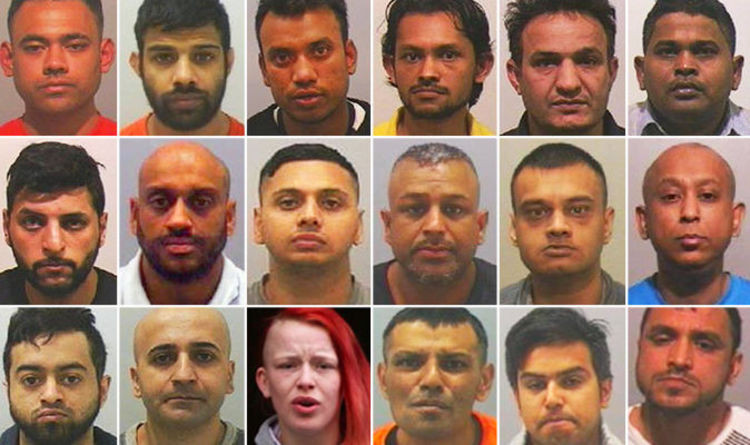 Victims of the Newcastle grooming gang were traumatized by their court experience, especially the rigorous cross-examination by lawyers, a serious case review has said.

The victims who gave evidence against a grooming gang from Newcastle who was jailed were “disgusted” by the court process, the extensive report says. Some had to have mental health treatment after interrogation by lawyers, the author of a serious case review has said.
.
David Spencer, who authored the report, said the treatment of young women and girls in the series of Operation Sanctuary trials which centered on abuse in Newcastle was “inhumane”.

Spencer, who called on the government to closely research the cultural backgrounds of known abusers, to understand their influences and motivations, said after his 150-page published report: “I am aware how easy it is to treat vulnerable witnesses badly. “It’s not a difficult process to confuse them and distress them.

“All the victims we spoke to said they were disgusted with their experience in the court and several of them had to have mental health treatment afterwards as they were suffering from trauma.”

One was cross-examined about material from her local authority records which she had no idea existed, let alone been released to the defence, Mr Spicer said. The serious case review team spoke to eight of the 22 vulnerable witnesses who gave evidence.

“Knowingly exposing a vulnerable, damaged person to that experience does seem to be inhumane and degrading treatment because you know they are going to be damaged by the process.”

25 perpetrators of sexual abuse were sentenced at Newcastle Crown Court last year for a range of offences including rape, drugs, and prostitution.

The serious case review noted that things have improved since 2014 and that in Newcastle there was no reluctance to start an investigation into grooming due to political correctness or fears of being branded racist, which had been a factor in abuse scandals elsewhere.
But, before 2014, the report stated that perpetrators were not consistently investigated and so went unpunished.
The report stated:

“This sent an unhelpful message to perpetrators, they were unlikely to be prosecuted or prevented from continuing to abuse, encouraging an arrogant persistence.

“It also had a significant impact on victims who learned that nothing would be done against perpetrators.”

That changed after Northumbria Police launched Operation Sanctuary in January 2014, a month after a young woman with learning difficulties told her social worker she had been sexually abused.
The authorities stepped up their response when they realized the problem was far worse than previously imagined.
Mr Spicer said Newcastle could be used as a national example.
He said:

“Unlike some other areas, Newcastle agencies did not try and sweep this under the carpet but actively went looking for it and as a result a large number of perpetrators were arrested and prosecuted, and victims saved from further trauma.

“That is not to say that lessons have not been learned.”

Northumbria Police paid an informant £10,000 for information about the groomers and it later emerged he was a convicted child rapist.

The review said this was not an issue within its scope, adding:

“During conversations with some victims, they expressed concern that this informant may have abused them and they were reassured there was no evidence of this.”