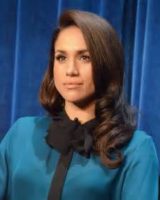 Police are investigating a fake anthrax package and treating it as a “racist hate crime”, after it was sent to St James’ Palace last week.

The letter was opened by a member of staff and intercepted before it reached the Prince and Ms Markle, with specialist officers called in to investigate.

Although the powder turned out to be harmless after tests were carried out on it, it triggered an investigation by the Metropolitan Police’s Counter Terrorism Command. The couple was later informed about what had happened. Markle would have been deeply disturbed about it, she has already expressed her disappointment and concern about racist and discriminatory behavior. Meghan Markle is due to wed Prince Harry in May, a marriage that will have the full attention of the British public and the international world.

Police are now investigating whether there is any link between the incident and a package sent to the Houses of Parliament the following day, reportedly addressed to Amber Rudd, the Home Secretary. Police will be examining the package itself for any fingerprints or DNA that may give the malicious sender away. The spiteful act is a cruel sign of disapproval from whoever sent the item, or whoever’s idea it was.

A spokesman for the Met confirmed police are investigating “after a package containing a substance was delivered to St James’s Palace on Monday, 12 February”. Markle has previously been the victim of racial abuse online, but the sending of a malicious communication to her is a first of its type to the princess to be.

In November 2016, he issued an unusual statement detailing “racial undertones” in some sections of the press, and the “outright sexism and racism of social media trolls and web article comments”.
“Prince Harry is worried about Ms. Markle’s safety and is deeply disappointed that he has not been able to protect her,” his communications secretary said then.

The malicious package will certainly heighten security around the princess, who is already on special police protection with the huge Royal wedding coming up. Malicious acts of this nature are criminal and would lead to prosecution if the perpetrators were ever caught.