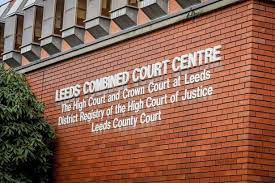 A muslim father wanted his mentally ill son to shave his pubes and fast during Ramadan.

Carers of the man objected and the case eventually landed at the court of protection at Leeds, West Yorkshire. The judge ruled that his identity cannot be revealed.

The man in his thirties has the mental age of three , but was expected to fast in accordance with Islamic teaching . Judge Cobb ruled that it was of no benefit to the man for him to fast and that he had no understanding of the tenets of Islam and does not have the mental capacity to the teachings of the religion or benefit from it.”

No benefit would obtain to him but to others”, the Judge concluded.

The surprising expectation by his father for him to shave his pubic hair is astonishing. Fasting is a normal part of the Islamic religion , but no reasonable Muslim would for instance, expect a baby to fast. The man’s mental impairment is so low that he does not know the consequences of fasting or shaving his hairs, the judge ruled.

Judge Cobb said he had taken special note of reports from social services,. a psychiatrist , and an Islamic Imaam. The judge clarified that the practise of fasting and shaving pubic hairs must not apply to the man because of the potential harm it could cause the man if he were to become stressed because of it.

This common sense ruling would have been predicted by most reasonable individuals. The expectation for a mentally impaired man to undergo the recommended proceedure was ridiculous
Common sense should have prevailed earlier and prevented this case from reaching any sort of court.

Religious practices at best must always make allowance for individuals who could suffer serious harm as a result of strictly adhering to challenging practises. It was also worthy of noting that the judge made pertinent reference to the fact that it was those who wanted him to fast and shave his hairs who would benefit from the act, not the man himself.

Those who impose forced arranged marriages on their relatives must remember that unless those who act in compliance actually approve, there is no benefit to they themselves , but to those who are engineering the whole process. Undue pressure or force is never a noble idea not a positive flag on behalf of the religion in whose name the whole issue is about .