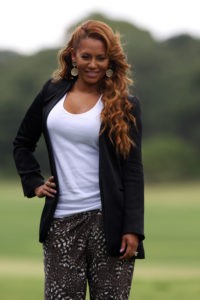 Mel B’s split with her husband of ten years was over money and constant rows.

Stephen Belafonte was a flirt who also expressed interest in the star’s £40m fortune, The UK Mirror has revealed.
Close acquaintances of the pair say rows were a regular feature of their marriage; one that has eventually torn their marriage apart.

Belafonte is also believed to be too flirtatious, despite being married to a beautiful woman. Mel B has now joined the long list of celebrities with failed marriages, having cited ‘irreconcilable differences’ between her and her husband, and calling for joint custody of their five-year-old daughter, Madison.

The split was prompted by a photo of Belafonte getting close to a mystery Brunette at the STK restaurant in Manhattan’s meatpacking District in January, in what the last straw of all the ups and downs she had endured up until then.

Only last month, the pair celebrated ten years of marriage in which Mel B captioned a picture that read: ‘My baby boo@stephenthiks11 we have been through everything that would normally tear couples apart and we have come out of the side stronger, you loved me before I even knew how to love myself, you are my world honey’.
However, that world now appears to be in tartars, as the two part ways, with Mel B also insistent that Belafonte will not get a penny from her. That may all depend on whether they had a prenuptial agreement, but the presumption is that they did for Mel to be so insistent.

Mel B has two other children from relationships with dancer Jimmy Culzar and actor Eddie Murphy, in other failed relationships that now appear to define a bad omen for the star. Things can still get better, and it can only be hoped that beautiful Mel can move on from this and eventually find true love if indeed her differences with Belafonte are irreconcilable. Mel B, by her own admission, didn’t even know how to love herself, and that’s the problem many times. Love must begin from within before it goes out.