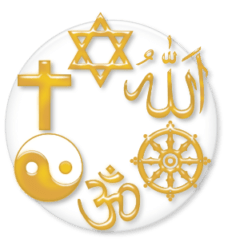 The Manchester terrorist attack has worsened British perceptions about religion.

Religion has never been the most popular topic in Britain, and terrorism makes it worse.

Research conducted by the eye of media.com shows that 9 out of 10 members of the public blame religion for the spate of terrorist attacks in the world. Out of 33 people surveyed, 31 people said they believed religion was to blame, and that the Manchester attracts and world terrorism had distances them even further from religion.

Since then, Muslim groups in many parts of the country have put up stands to explain and promote their religion as one of peace being badly misrepresented by terrorists. Efforts of Islamic leaders to enlighten people about their beliefs have been going in for a while, but they get stepped up every time there is an atrocity.

The harsh truth is that Brits are not interested. Religion is viewed as a vehicle of social control and manipulation. However inaccurate that perception is , the mindless acts of terrorism will continue to further this view.

Islam is believed to be the fastest growing religion in the world, not because Muslims have been fantastic in recruiting converts, but because they get really have more children.

The permission for Muslim men to marry five wives means the probability of having more children will always be higher than in conventional marriages. Islam has its own share of new converts, like any religion or organization. An accurate comparison of the number of new converts to each faith or group will never be possible.

The British public want to be allowed to live their lives in leave without the harassment of fanatical groups who share the essence of the faith they wish to spread and impose on the world.In reality, the true causes if terrorism goes beyond religion into political and historical issues, but the fact religion lies at the core of the worldwide problem is enough to put Brits off forever.

Targeting innocent children was the last straw for Brits , who will continue to stick two fingers up to those who deliberately cause sorrow in families and show that they must be mad if they truly believe they are saints who will inherit paradise