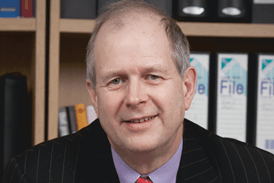 A male criminal barrister was suspended for six months for engaging in unwanted conduct of a sexual nature with his female colleague.

An independent disciplinary tribunal concluded that Brown ‘stuck his hands up her skirt’ in the back of a taxi during one of two occasions he met with her to discuss her future career.

The tribunal also heard that Brown, who was 35 at the time, had ‘prolonged two long drinking sessions’. It also concluded that the complainant had displayed ‘incontrovertible evidence of having been very drunk’. In other words, the barrister would have known that the woman was drunk, and was in no position to consent to such an act.

The tribunal concluded that Brown’s engagement in the unwanted conduct of a sexual nature  was deliberate.  It states that he intentionally touched the victim in a sexual way that he knew the victim did not consent to.

The complainant  had worked overseas before starting bar school, and had been subjected to a serious sexual assault. The tribunal  added that: ‘The complainant was  said to still be suffering the psychological effects of this during her bar training, [and] was being supported by her GP and a counsellor’.

The tribunal ordered that Brown,  who  was  not currently registered, be suspended from practice for six months, preventing him from obtaining a practising certificate during that time.

A Bar Standards Board spokesperson said: ‘The BSB recognises the difficulty of coming forward with an allegation of this nature and is committed to taking action where it is appropriate. Our decision to bring charges of professional misconduct against Mr Brown reflects this and the seriousness with which the BSB takes reports like this.’