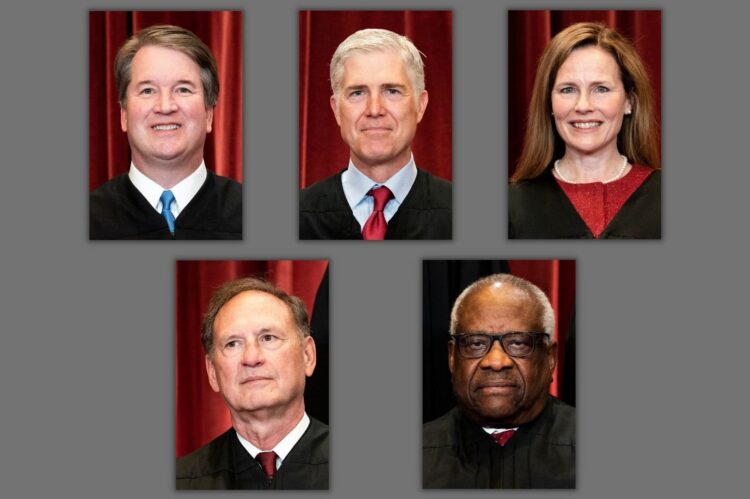 Judges who responded against requiring such a code, expressed concerns about its enforceability were raised
The question comes amid repeated reports of ethical lapses among judges, and in light of the nation’s highest court is expected to announce a number of key decisions in the next few weeks on issues including abortion, guns, immigration and the environment.

The National Judicial College surveyed judges across the nation , asking whether the Supreme Court should be held to a higher standard. The survey came amid a number of high-profile U.S. Supreme Court decisions on questions of bias, as well as investigations into Supreme Court Justice Clarence Thomas’ family ties to the Jan. 6, 2021 insurrection at the U.S. Capitol.

An estimated  55% of Americans have  expressed  disapproval of  the supreme court, according to a Marquette Law School national poll in May. Americans’ opinions on the court have dropped significantly from 58% approval in a Gallup poll in July 2020 to 40% in September 2021 – the worst Gallup has measured in its polling on the nation’s highest court in more than two decades.

The significant fall in ratings have largely been related to the controversial stance of the Supreme Court on abortion, as the U.S braces itself for the overturning of Wade v Rode, banning abortion in America.

Circuit Judge John M. Torrence of the 16th Judicial Circuit Court of Jackson County, Missouri, said the fact that the question had to be raised “demonstrates the absurdity of the current situation.” Other judges expressed shock about the current state of affair.

Meanwhile, the ongoing Jan. 6 committee hearings have highlighted the alleged efforts by Virginia “Ginni” Thomas – a longtime conservative activist married to Justice Thomas – to help overturn the 2020 election.  The fact Justice Thomas chose not to recuse himself from a case about whether President Donald Trump’s White House records should be turned over to the committee, has caused some concern , and cynicism about his integrity. Justice Thomas was isolated in decision to support President Trump at the time.

It has been reported that Ginni Thomas sent text messages to Trump’s chief of staff, Mark Meadows, and emails to Trump campaign attorney, John Eastman, as part of her alleged efforts to try to overturn the 2020 election.

More than 97% of the judges roughly 860 judges who responded to a June survey by the judicial college, a nonprofit and nonpartisan institution that educates judges of all types from all over the country, responded “yes” to the question of whether the justices should be bound by a code of conduct, while nearly 3%, or 24 judges, said “no.”

The  overall integrity of  the U.S Supreme Court judges is in question with the American public.