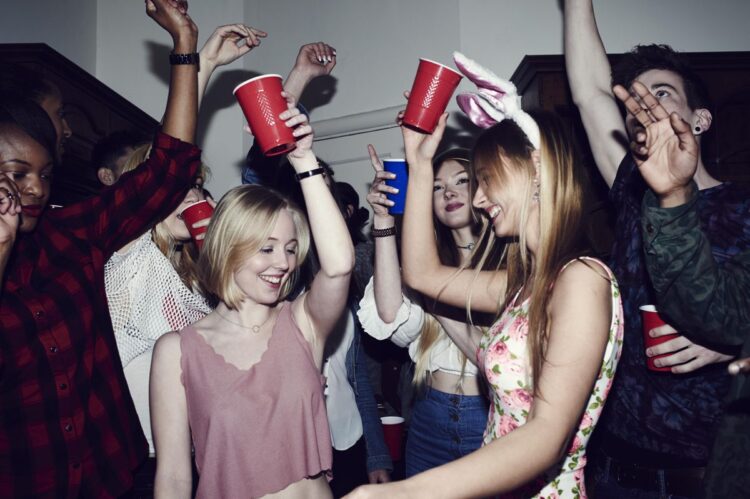 Lockdown parties in the UK have been on the rise , after lots of party groups have been found dancing into the night at various parts of the UK.l

Last weekend, 20 people were discovered at a silent disco in Nottingham, where attendees used headphones to listen to music, breaching social distancing rules.

19 people were fined following a party at an Airbnb. About 30 people were found partying on a boat on the River Lea in north-east London.

“We get lots and lots of intelligence that we act upon every single weekend. Every Friday and Saturday night we go out with a list of locations, venues, addresses etc where there are reports of potential Covid-19 breaches,” Bill said. The operation issued 130 fines for rule breakers last weekend, up from 96 the weekend before.

Greater Manchester’s deputy mayor for policing and crime, Bev Hughes, also said officers were “seeing a resurgence of very large gatherings” after police foiled a party of 40 at the city’s tallest building last Friday. She said officers were also reporting an increasing trend of backroom bars and pubs opening up in closed premises.

It was reported in December that organisers of illegal New Year’s Eve parties were using private Instagram accounts to vet attendees.

“We’ve had silent discos, but in some of these places, like warehouses, while it’s brazen that they’re doing it, often there’s not any housing around so unless you’re seeking it, it’s not massively obvious to the general public,” Bill said.

Hughes said officers everywhere were “feeling there’s a lot more resistance now to intervention by the police,” and David Jamieson, the police and crime commissioner for the West Midlands, reported “an increase in the aggression of the people involved”. “That is where it’s going now, I think there is a frustration among people,” he said.

Bill speculated that the boredom of another lockdown was causing people to attend large parties, even while Covid-19 case numbers remain high.

“January and February can be depressing months, the weather is miserable, there’s not necessarily a lot to look forward to and I think people have got fatigue of lockdown,” he said. “There are some really socially deprived areas where perhaps people don’t have the luxury of things in a house to keep them occupied. But equally, there are some people that will breach regardless.”

The lockdown has triggered a rise in mental health issues in the UK, as Brits struggle to adjust to a new normal which restricts their every day interactions.

The British public are expected to obey the law, no matter the inconveniences. Any queries about the law should be expressed through communication with the right channels, or through due process.

The government has presented February 22 as the date it will present its road map of the easing of the lockdown.  A combination of despair, cynicism, and indiscipline are at work in the demography of people breaking these laws.